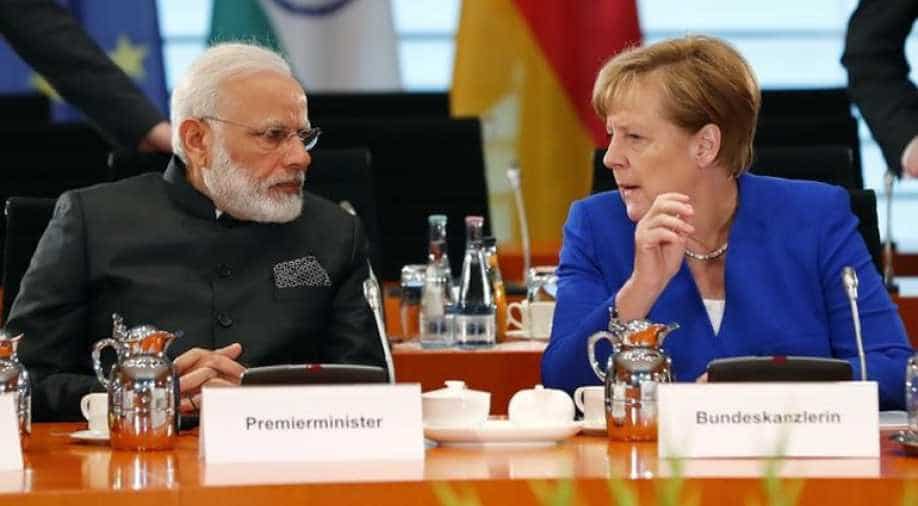 Both the leaders held the fourth India-Germany Intergovernmental Consultations (IGC) to set a roadmap for the bilateral strategic ties, PTI said.

"We are looking at outcome oriented momentum in India- Germany ties and a quantum jump specially in economic ties. We had wide ranging discussions today. India-Germany partnership will help our nations and also help the world," he said.

Modi said that Germany will always find India as powerful, prepared and a capable partner.

"Pace of development of our relations is fast, direction positive and destination clear. Germany will always find India as powerful, prepared and capable partner," Modi said at a joint press interaction after holding talks with Merkel, PTI reported.

The German Chancellor said that Berlin wants to develop ties with New Delhi but not at the cost of its trans-Atlantic relationship, Reuters reported.

"That's of huge importance and in no way directed against any other relationships and certainly not against the trans-Atlantic ties, which have historically been very important for us and will remain so in future."

On Monday, Merkel underlined her doubts about the reliability of the United States as an ally but said she was a "convinced trans-Atlanticist", fine-tuning her message after surprising Washington with her frankness a day earlier.

(WION with inputs from PTI and Reuters)