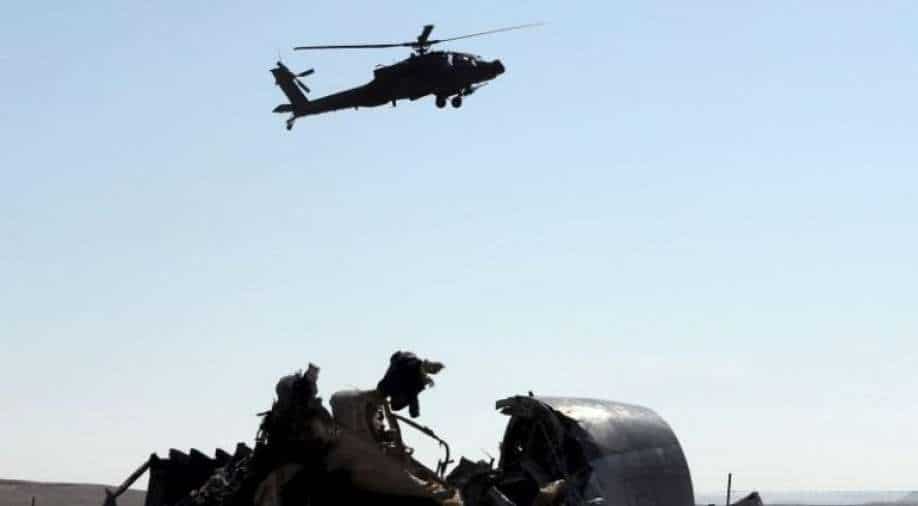 The helicopter crashed on Saturday due to technical reasons when it was evacuating the body of a soldier killed earlier to a military hospital in the region, the military`s media wing Inter-Services Public Relations said in the statement.

A pilot and co-pilot, both of major rank were killed along with two soldiers, Xinhua news agency quoted the statement as saying.

No loss of life was reported at the ground by the military.

A local source from GB told Xinhua that the incident occurred at a remote valley with no residential settlement on ground.

The source added that military teams arrived at the crash site following the accident and recovered the bodies from the wreckage of the completely destroyed helicopter.