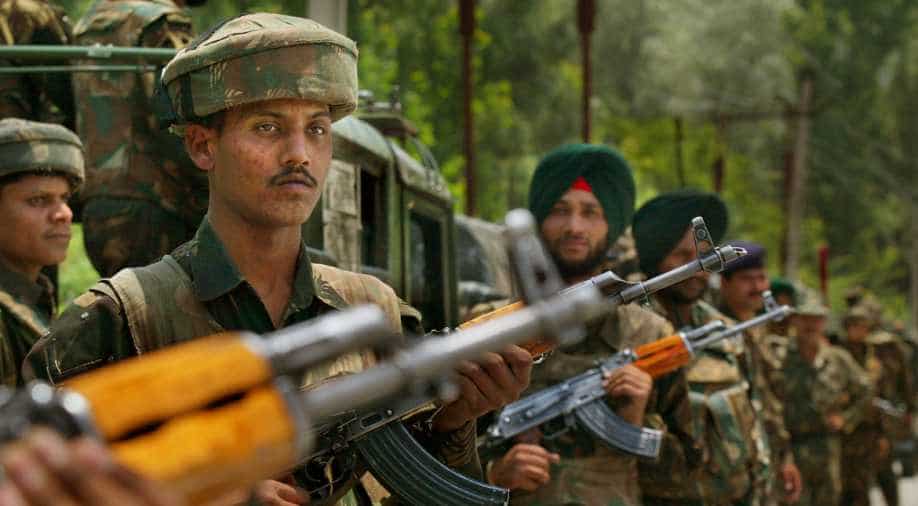 A militant was killed in an encounter with security forces in Kashmir's north Bandipora district, police said.

Acting on specific intelligence input about the presence of the militant in Parray Mohalla in Hajin area, security forces launched a search operation in the village. As the forces were conducting the search operation, the hiding militant opened fire on them. In the ensuing encounter, the militant was killed, a police official said.

The identity and group affiliation of the militant was not immediately known. On Monday, three civilians working as labourers were killed in a pre-dawn terror attack by militants on a General Engineering Reserve Force camp near LoC in Akhnoor sector of Jammu. Militants likely infiltrated from across the border to carry out the terror attack.

Infiltration from across the border have become a frequent occurance in the past few months. In Septermber last year, terrorists had killed 17 army soldiers and injured 19 in a suicide attack on an army camp at Uri in Baramulla district. Four terrorists had struck the camp close to the army headquarter of the 12th Brigade in Baramulla. Earlier, in January 2016, seven Indian military personnel were killed in the Pathankot terror attack. The attack on the Indian Air Force base has since become a major international diplomatic incident.