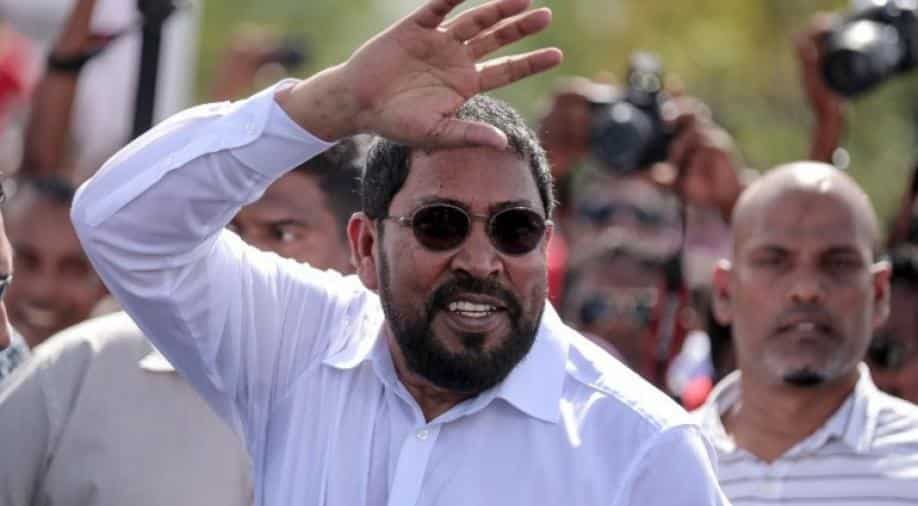 Qasim Ibrahim was welcomed at the airport on Thursday by President-elect Ibrahim Mohamed Solih.

A Maldives opposition leader has returned home after being exiled in Germany for months to escape a prison sentence on charges of plotting to overthrow the government.

Qasim Ibrahim was welcomed at the airport on Thursday by President-elect Ibrahim Mohamed Solih.

Ibrahim was among dozens of political opponents who were jailed by outgoing strongman Yameen Abdul Gayoom following trials criticized for lack of due process. He went into exile in Germany after undergoing heart surgery in Singapore.

He is the first exiled opposition leader to return home after Yameen's election defeat last month. Mohamed Nasheed, the country's first democratically elected president, is set to return next month.

Ibrahim was arrested last year and sentenced to more than three years in prison.