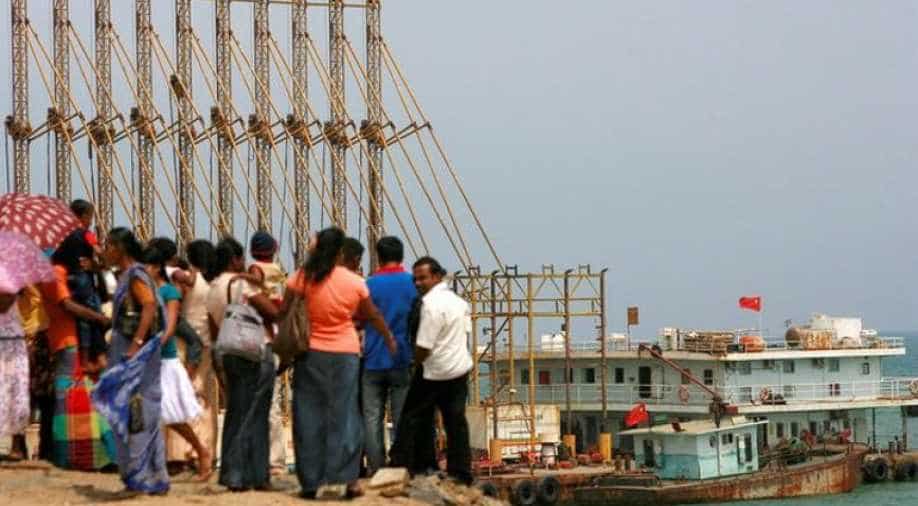 The deal had triggered public anger in Sri Lanka with several people demonstrating on the streets fearing loss of their land. Some politicians said such a large-scale land transfer to China would infringe on Sri Lanka?s sovereignty

The Sri Lankan cabinet on Tuesday cleared a revised agreement for the Chinese-built port of Hambantota in the south, Reuters reported.

This comes after the first deal sparked public anger in the country and raised concerns in India, Japan and the United States over its use for military purposes.

China Merchants Port Holdings, a state-run entity, signed an agreement with Sri Lanka taking an 80 per cent stake in the port that it built.

Reuters reported that it had seen parts of the agreement which is yet to be made public.

The agency said that under the new deal China’s role has been limited to running commercial operations while Sri Lanka will oversee the broader security.

Hambantota is a part of China’s modern-day "Silk Route" across Asia and beyond.

The deal had triggered public anger in Sri Lanka with several people demonstrating on the streets fearing loss of their land. Some politicians said such a large-scale land transfer to China would infringe on Sri Lanka’s sovereignty.

China Merchants Port Holdings’ plan to acquire 15,000 acres of land to develop an industrial zone raised fears in neighbouring India that the area could also be used for Chinese naval vessels.

Reuters reported that the company will take an 85 per cent stake in Hambantota International Port Group which will run the port and its terminals. The rest of the stake will be held by Sri Lanka Ports Authority.

The company's capital will be $794 million, Reuters said,

A second firm called the Hambantota International Port Group Services Co. will be set up to supervise security operations.

It will have a capital of $606 million, Reuters reported.

Reuters also said that Sri Lanka would have a 50.7 per cent holding in this second firm.

“We told China that we can’t allow the port for military use and that 100 percent responsibility of security matters should be with the Sri Lankan government.”, Ports Minister Mahinda Samarasinghe said, Reuters reported.

China has been building ports in South Asian countries like Pakistan, Sri Lanka and Bangladesh as part of what military officials call “String of Pearls”. This would be network of friendly ports where China can refuel its warships.

Sri Lanka's cabinet cleared a revised agreement for its Chinese-built southern port of Hambantota on Tuesday, the government said, after terms of the first pact sparked widespread public anger in the island nation (WION) 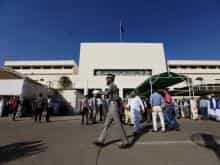 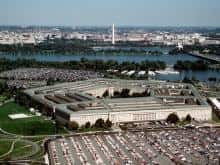 US continues to have dialogue with Pakistan on terrorism along Afghanistan border: Pentagon