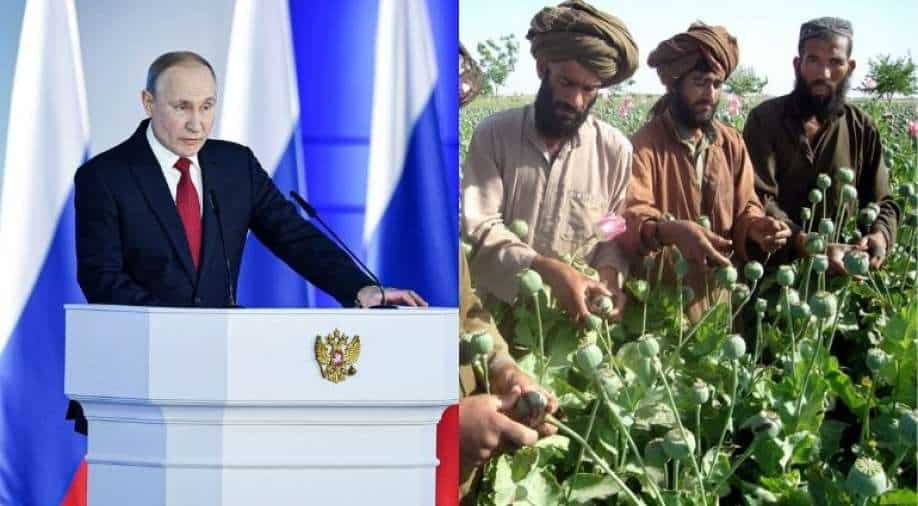 "There is a danger that the lack of funds in the treasury of Afghanistan may push those who control the country today to make money on the sale of drugs and weapons," Putin said at the Shanghai Cooperation Organization-Collective Security Treaty Organization summit.

Russian President Vladimir Putin has said that Afghanistan requires humanitarian assistance, adding that a shortage of funds may force the current government in Kabul to turn to drug trafficking.

"According to the UN, today half of Afghans need humanitarian assistance to simply survive. Every third person is deprived of access to food. There is a danger that the lack of funds in the treasury of Afghanistan may push those who control the country today to make money on the sale of drugs and weapons, as it has been happening recently, by the way," Putin told a joint Shanghai Cooperation Organization-Collective Security Treaty Organization summit.

According to a report by Russian state-owned news agency Sputnik International, Vladimir Putin said that "Taliban consider it important to restore infrastructure but it is difficult for them to do it on their own. Moscow supports the convening of an Afghanistan donor conference within the United Nations."

"The Taliban movement, having become practically the sovereign master of the country, has formed its own government, which has assumed responsibility for the future of Afghanistan. This is an interim government, as the Taliban themselves say, and cannot be called truly representative or inclusive. We do not see representatives of other ethnic groups here. But it seems that, of course, it is also necessary to work with him. And as for the recognition [of current Afghan authorities], I think I agree with those who have spoken on this score. We need to agree on our position on this issue, " Putin said.

(With inputs from Sputnik News)