Khalilzad urges Taliban to stay committed to US deal 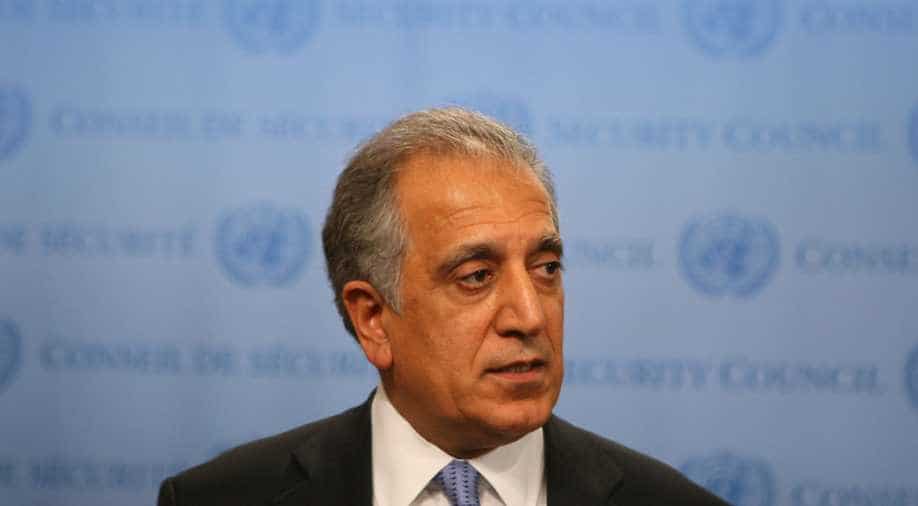 US Special Representative for Afghanistan Reconciliation Zalmay Khalilzad on Thursday urged the Taliban to stay committed to the implementation of the US-Taliban peace agreement, warning that the rising level of violence in the country is threatening peace.

"Following several meetings General Miller and I had with the Taliban, we agreed to re-set actions by strictly adhering to the implementation of all elements of the U.S.-Taliban Agreement and all commitments made," Khalilzad wrote on Twitter.

He added, "This means reduced numbers of operations. At present too many Afghans are dying. With the re-set, we expect that number to drop significantly."With regard to the recent attacks by the Taliban, the US Peace envoy said, "Attacks have been on the rise in recent weeks -- threatening the peace process and alarming the Afghan people and their regional and international supporters."

Khalilzad said that "We will do our part and will monitor implementation actively. All parties must deliver on their responsibilities. We thank our international partners for their assistance and support."

According to Tolo News, Mohommad Nassem, Taliban spokesperson tweeted that the group`s chief negotiator Mawlavi Abdul Hakim met with Khalilzad and Gen. Miller and the two sides discussed the implementation of the peace agreement in Doha.

Naeem however did not mention that an agreement was made for both sides to reduce operations.NATO chief Jens Stoltenberg also met with the US Peace envoy and the two sides had discussed the situation in Afghanistan, Stoltenberg tweeted.

Also Read | Afghanistan in a nutshell: Peace talks in Doha and war at home

"The Doha talks offer the best chance for peace, but the Taliban must keep their promises and reduce the unacceptable level of violence. NATO remains committed to Afghanistan`s security," said Stoltenberg on Twitter, as quoted by Tolo News.

This comes after the United Nations Assistance Mission in Afghanistan (UNAMA) said on Thursday that the increase in violence "only heaps further hardship and misery on ordinary Afghans and undermines efforts for progress and building bridges between parties at the historic Afghanistan peace talks in Doha."Tolo News quoted the US Charge d`Affaires Ross Wilson on social media said, "I stand behind UNAMA`s call to protect civilians in Helmand, who should have safe passage to leave dangerous areas. It is indefensible that the Taliban continues to put civilians at risk through needless violence. Afghanistan needs peace now."

The UK Embassy in Afghanistan also condemned the Taliban offensive in Helmand where "alarming numbers of civilians" have been "displaced, injured or killed" and added that the attacks undermine "the crucial peace talks" and all sides must "urgently reduce the violence and work towards a ceasefire."

"We continue to support the ANDSF and the brave efforts made to create lasting peace and stability in Afghanistan," Tolo News quoted the UK Embassy.

According to Tolo News, the clashes between the government forces and the Taliban in Lashkargah, the capital of Helmand and surrounding areas have entered the sixth day.

On Wednesday, at least nine people were killed when two Afghan National Army (ANA) MI-17 helicopters "crashed due to technical issues" in Nawa district of Helmand, said the Ministry of Defence.

Clashes have also been ongoing in the Lashkargah, the capital of Helmand province, and Nadi Ali district. The Taliban had begun their attacks on the city and other districts.

According to officials, on Monday night, Afghan commandos with air support launched an operation in Lashkargah

"The fighting was ongoing in the 601 highway and in Nad Ali district and the Babaji area in PD4 of Lashkargah. Thousands of families have been displaced because of the fighting in recent days," Tolo News reported.