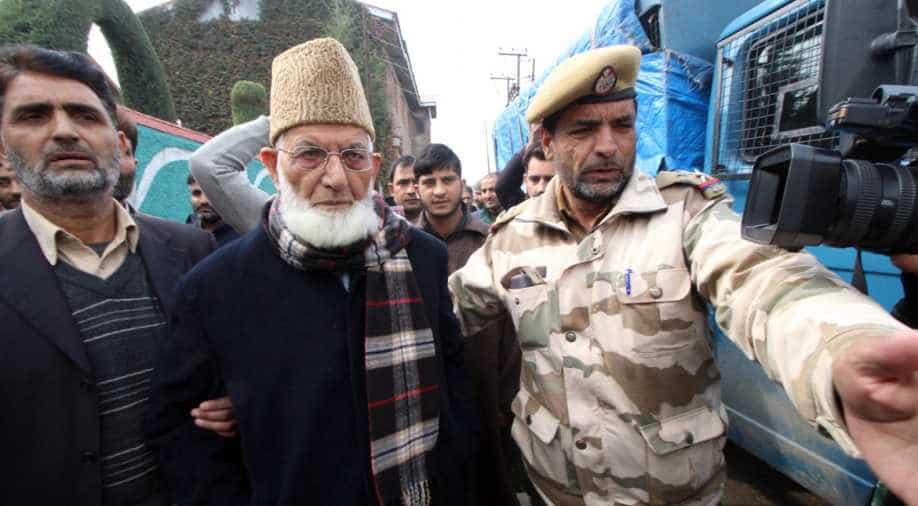 Follow Us
Hardline separatist leader Syed Ali Shah Geelani was today detained by police after he tried to defy restrictions and march to Martyrs' graveyard in downtown Srinagar in India's northern state of Jammu & Kashmir.

Hurriyat conference chairman, Geelani, who was under house arrest, was detained on the airport road outside his residence in uptown Hyderpora after he defied restrictions and tried to take out a march to commemorate the 85th anniversary of those who laid down their lives fighting the aristocratic rule in the state in 1931.

Geelani was detained by the police outside his residence as he tried to defy restrictions, a police official said.

He said some other leaders of the Hurriyat were also detained by the police.