Jinnah in Our Times 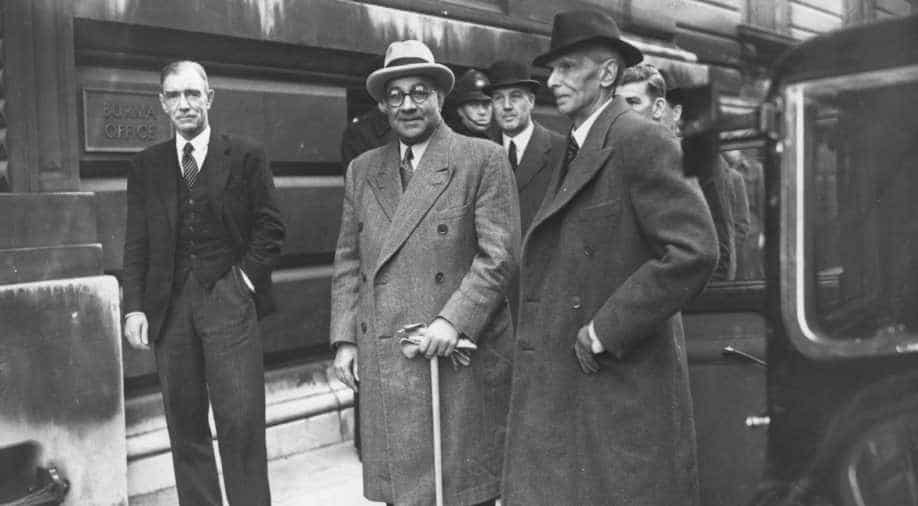 Jinnah’s birthday is on 25th December.  Coinciding with Christmas, however, it follows two other anniversaries that Pakistanis of various shades of opinion remember with a grievous sense of loss and some degree of self-reflection.

It was on 16th of December in 1971, that Pakistan’s most populous wing, East Pakistan formalised its separation from its distant counterpart, and that too amidst a traumatising sequence of bloodshed and fratricide.

Separation was hurtful on two counts: Traditionally ahead of the rest of Pakistan in fighting for independence from Britain, the eastern part of the country had opted to secede.  Or was East Pakistan, many Pakistanis wondered, compelled to seek its own sovereignty?

Secondly, and crucially, the secession had been made possible only with India’s intervention. This shattered an exaggerated sense of invincibility built up by official Pakistani media following the Indo-Pakistani hostilities in 1965.

The secession of Bangladesh and the Peshawar attack intensified the existing debate among members of the civil society about Jinnah’s vision of the country: why and whose Pakistan, the role of political Islam, primacy of parliamentary democracy and overall relationship between the forces of tradition and modernity.

Several Pakistanis agonise over their travails; their country is viewed by the outside world as ‘an epicentre of terror’; their existence is jolted by frequent acts of violence that are mostly committed by fellow compatriots, and that also in the name of their faith or ethnicity.

Pakistan’s regional isolation, despite being a major destination for refugees since 1947, has spawned civil society to analyse Jinnah and his idea of Pakistan even more minutely.

Jinnah, unlike Nehru and Gandhi, did not leave any specific philosophical tome. His idea of a collective Muslim identity in South Asia hinged on an understanding of the dynamics of the historical, economic, regional and demographic factors. He rightly perceived Islam to be the most defining and unifying factor - but not the only one - and that too in a non-theocratic sense.

As a successful lawyer, trained in British constitutional traditions, Muhammad Ali Jinnah, more like Nehru, sought a model of liberal nation-state. Such a state, he desired, would be based on equal citizenship and build bridges across diverse ethno-regional divides. In league with other nationalist leaders, including Muhammad Iqbal and Abul Kalam Azad, Jinnah’s quest for a post-British South Asia hinged on the Westphalian model of nation-state so as to augur political, cultural and economic empowerment for all.

He was quite clear that on areas, such as education, co-existence, economy, defence and equality before law, faith would not become a whip in the hands of a majority.

Other than imbibing liberal and civic nationalism, Jinnah’s own political career hinged on the defence of a disadvantageous section of India’s population. Jinnah was aware that Muslims in India, if confronted with a ‘majoritarian’ control of a unitary state, would be vulnerable to more disincentives.

Incidentally, Jinnah accepted the Cabinet Mission Plan for a devolved sub-continent, since it guaranteed against such a centralist polity with dangers of majoritarian hegemony.  But eventually Jinnah had to withdraw his support for the Cabinet Mission as Nehru and the Congress party were determined to radically transform the terms of the plan.

More than any other factor, the dramatic failure of the Cabinet Mission, pushed India towards the partition.

Of course, Pakistan was not imagined to be a rejection of its Indian roots, nor its Islamicate/Persianate antecedents, but was, most probably, meant to rearrange the subcontinent in a Westphalian model that Jinnah and his contemporaries had idealised even by overlooking its inadequacies elsewhere.  Perhaps, to them ‘what next’ was not as important or even clear, as was the march towards freedom itself.

These Muslim modernists and their followers in the Muslim League carried on a vision that Sir Syed Ahmed Khan, Sir Muhammad Shafi, Sir Fazl-i-Hussain, Syed Ameer Ali, Shibli Nomani and Maulvi Mumtaz Ali had nurtured for India’s Muslims. Here they all, without exception, had differing views on India and its future, yet never aimed at forsaking Indianness within a larger Islamic context.

In 1947, this most plural land was on the verge of independence but could not totally fit in within the narrow prisms of a nation-state, nor was its balkanisation a feasible solution. Instead of territorial divisions, the Raj and the Indian leaders eventually agreed upon communitarian basis of territorial demarcations.

Without any fascination for communalist politics, nationalist leaders, such as B. R. Ambedkar, Mahatma Gandhi, M. A. Jinnah, Jawaharlal Nehru, Husain Ahmed Madni, Abdul Ghaffar Khan and Huseyn Suhrawardy ended up vouchsafing this division for the sake of independence. In a sense, they might have optimistically expected the post-1947 subcontinent akin to Western Europe where wars and the Holocaust had already created a greater urge for regionalisation.

Sadly, that hope proved chimerical across the subcontinent, as India and Pakistan turned mutually exclusive and even blatantly hostile to each other.

Within Pakistan itself, Jinnah’s vision was soon rolled over by intermittent military take-overs. Lately, some religious groups, incensed by post-9/11 Western invasions of Muslim lands, began to conduct kamikaze attacks on their own people. Political Islam, true to some of its anti-Western traditions, partly caused volatility within the Muslim community. Consequently, Pakistan and several other West Asian states are experiencing severe internal chasms.

Jinnah, opposed to Jaswant Singh’s verdict of being thwarted by the Indian National Congress, was certainly motivated by more serene and enduring trajectories, not was he trying to create a new Medina, as per Venkat Dhulipala.

That is why, several religio-political elements including the Jamaat-i-Islami, Khaksars, Ahrars, Jamiat-i-Ulama-i-Hind and some Shia leaders opposed Jinnah’s struggle for a Muslim homeland since he did not personify their standard of a Muslim {or Islamic per se!} leader. To them, he was too modern and thus alien and unqualified to speak for Muslims as a bonafide voice.

Partition of territory has been embedded in the history of decolonisation all through the twentieth century. For instance, the Sykes-Pico Pact (1916), the paritition of Ireland (1921) and of Palestine (1948) until the dissolution of the Soviet Union (1991) and of Yugoslavia in more recent times. Communities, resources and infrastructures have been routinely sundered with an intense human price.

Today, depending upon one’s national or ideological preferences, one may seek exceptions to what Jinnah, Nehru, Gandhi and others had settled for since Pakistan, India, Bangladesh and Sri Lanka all seem to have similar and increasingly volatile trajectories in operation.

Our states, in every case, are heavily and often violently being contested from within since they are still far away from offering distributive justice, security and respect before law. Of course, we boast of the world’s largest middle class but are unable to ameliorate abject poverty and underdevelopment, which permeate our inner cities and hinterlands.

Here, the vision of people like Jinnah, their personal integrity, professional acumen and selfless commitment are as relevant as they were in the 1940s. As one of the founding figures of Pakistan, its people need to explore Jinnah’s original dream, and seek answers to questions as to why massacres, inequality and oppression continue in a land which has been, otherwise, so deeply soaked in civilisational history, human vibrancy and creative pluralism. 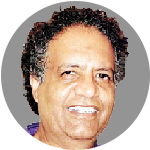 Iftikhar H. Malik is Professor of History at Bath Spa University, UK. His latest book is 'Pashtun Identity and Geopolitics in Southwest Asia: Pakistan and Afghanistan after 9/11'.