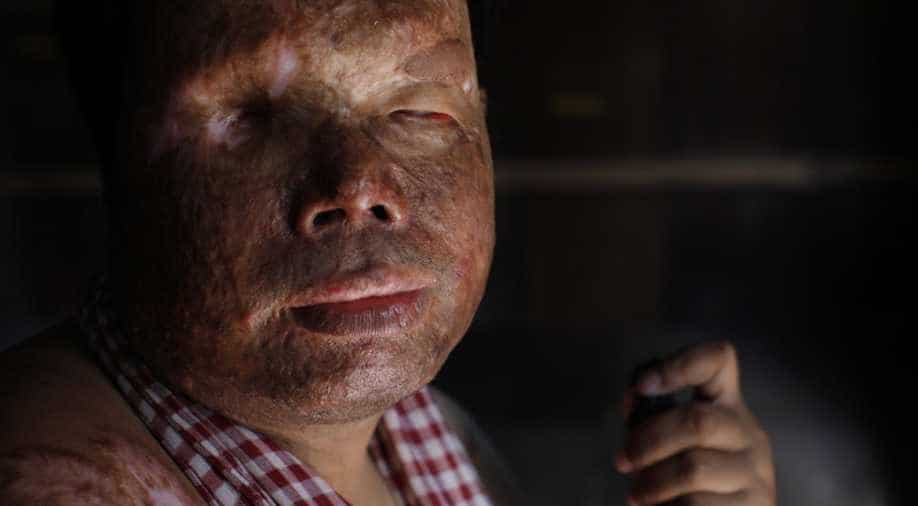 Acid attacks, which disfigure and often blind their overwhelmingly female victims, have long been used to settle personal or family scores in Pakistan. It is rare for a woman to attack a man.? Photograph:( AFP )

Follow Us
A Pakistani woman, who allegedly threw acid on her boyfriend causing life-threatening injuries after he refused to marry her, officials said today, and was arrested in a rare case of a woman attacking a man.

Momil Mai, a married mother-of-four, had been in a relationship with 25-year-old Saddaqat Ali, who was also married, for several years, police near Multan city in Punjab province told AFP.

Mai was demanding Ali make her his second wife, officials said. Polygamy is legal but rare for men in conservative Muslim Pakistan, however, a woman would have to divorce before being allowed to marry again.

"On Wednesday night, Ali went to see Mai as usual and she threw acid on his body after he once again refused to marry her," Bashir Ahmed, a local police official, told AFP.

Ali had time to turn, he said, with the acid burning his back but not his face.

Ashiq Malik, medical superintendent at the government hospital in Multan where Ali is being treated, said that the victim received burns to about 60 per cent of his body.

Doctors are fighting to save Ali`s life, he said.

A criminal case was registered against Mai, whose current husband is a labourer, after a complaint by Ali`s family.

Acid attacks, which disfigure and often blind their overwhelmingly female victims, have long been used to settle personal or family scores in Pakistan, with hundreds of cases reported each year. It is rare for a woman to attack a man.

Acid is readily available in agricultural southern Punjab because of its use in farming.
(AFP)