Jayalalithaa, the other life 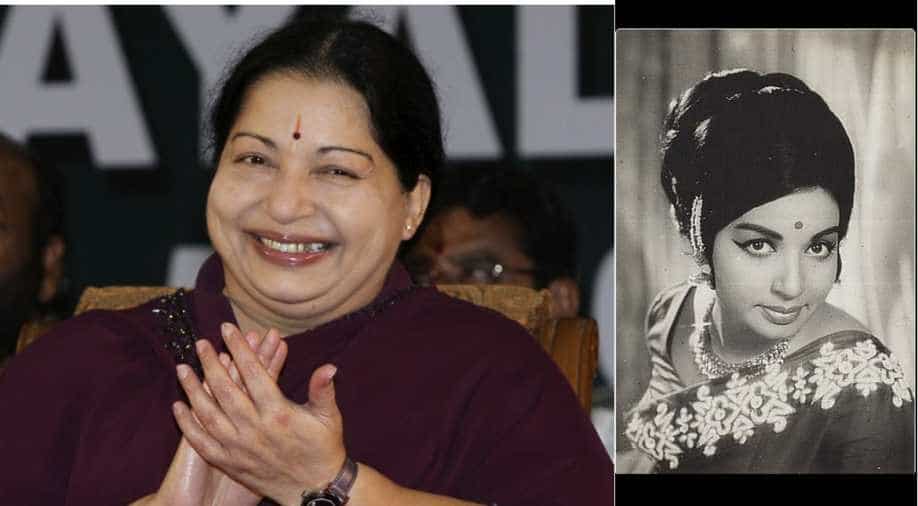 She worked on her last films 'Nadhiyai Thedi Vandha Kadal' (Tamil) and 'Nayakudu Vinayakudu' (Telugu) in 1980. (Image source: AFP and Twitter) Photograph:( Others )

Tamil Nadu's chief minister J Jayalalithaa, who remains critical in Apollo Hospital in Tamil Nadu's capital Chennai, was a successful movie actress in the Tamil and Telugu film industry for over a decade.

Jayalalithaa was born on 24 February 1948 in Melukote town in Mysore state, now a district in Karnataka, to Jayaram and Vedavalli.

In 1950, she moved to Bangalore with her mother and brother Jayakumar after her father died. She was left in the care of her aunt as her mother moved to Madras to find a job in 1952 but returned to her mother after her aunt got married.

The 68-year-old politician was trained in Carnatic music and traditional Indian dances -- Bharatanatyam and Kathak. She made her debut in an English film 'Epistle' in 1961. Her debut as a lead actress in the Kannada film industry was in the movie 'Chinnada Gombe' three years later.

In 1965, she made her debut in Tamil as in the blockbuster hit 'Vennira Aadai'. Jayalalithaa also starred opposite MG Ramachandran (MGR) in the same year. Their screen pairing became of the most successful in Tamil cinema. Her personal relationship with the actor was much-talked about at the time.

Jayalalithaa peaked as an actress between 1965 and 1980 and was one of the highest-paid stars in the country, working in over 140 films in three different languages.

Jayalalithaa went on to join MGR's AIADMK party in 1982 as a propaganda secretary and there began her political career.