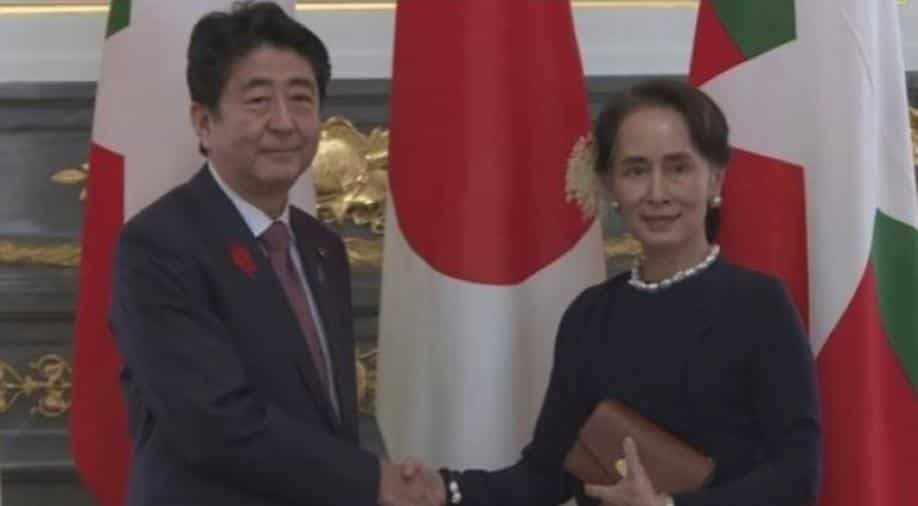 At a bilateral meeting in Tokyo, Abe and Suu Kyi discussed ways to enhance economic cooperation and the Rohingya crisis in Rakhine State.

Over the last year, more than 700,000 Rohingya Muslims have fled Buddhist-majority Myanmar to neighbouring Bangladesh, according to UN agencies, following a military response to attacks on security posts by Rohingya insurgents.

A recent UN report accused Myanmar's military of gang rapes and mass killings with "genocidal intent" in Rakhine and called for its commander-in-chief and five generals to be prosecuted under international law.