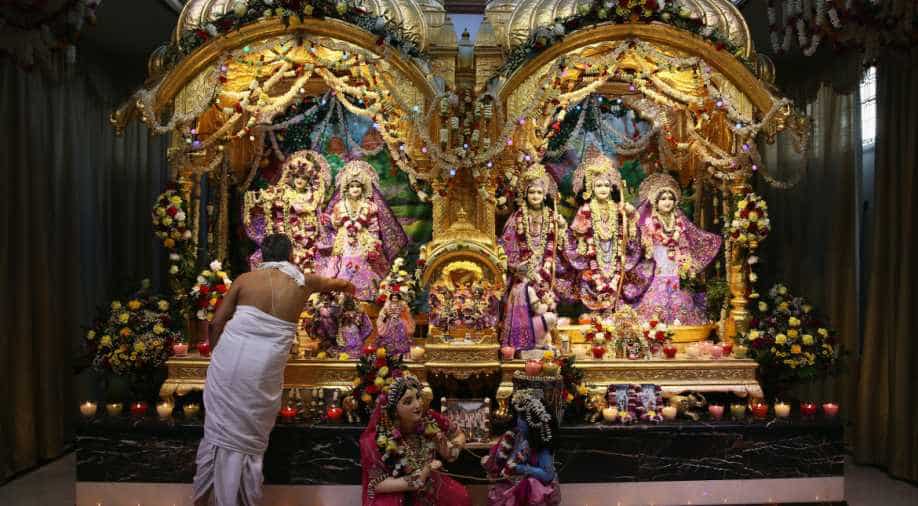 Mobile and Internet services were suspended by Jammu authorities following an incident of temple vandalism. Three days back a mentally-disabled man desecrated a temple in Srinagar. Photograph:( Getty )

Follow Us
Indian authorities today decided to suspend all Internet services across northern Indian region of Jammu to stop spread of rumours on social networking sites following the desecration of a temple here last evening.

All mobile and broadband-based Internet services have been suspended, a district official said.

"To stop rumour mongering on social networking sites in the wake of the desecration of Shiv temple in Nanak Nagar area, the authorities decided to temporarily suspend all Internet services including mobile and landline Internet services," the official said.

One more temple was allegedly desecrated in Jammu yesterday, leading to tension briefly in parts of the city.

"A man entered a temple in the Nanak Nagar area and tried to vandalise it. The man has been identified and arrested," deputy commissioner of Jammu Simrandeep Singh had said.

A large number of people came onto the roads after news spread. Shopkeepers in the area downed their shutters and held a protest demanding action against the accused.

"Though some people held protest in the area, the situation is normal and under control. Adequate police personnel have been deployed to foil any untoward incident in the area," Singh said.

The incident took place even as normalcy had returned to Jammu following alleged desecration of a temple in another area Roopnagar on Tuesday by a man who was described by police as "mentally disturbed". The city had witnessed violence and arson over that incident.
(PTI)