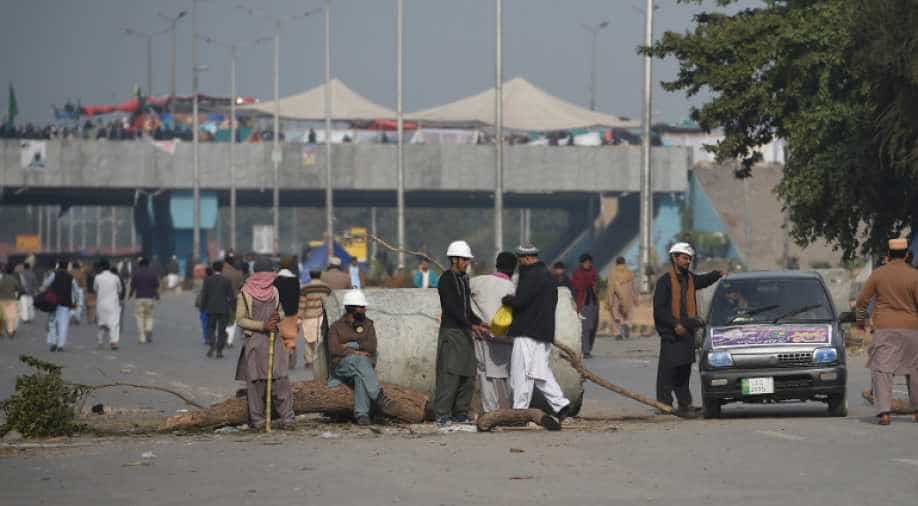 Pakistani protesters block a road in Islamabad on November 27, 2017. Pakistan's law minister resigned November 27 as the embattled government apparently agreed to demands by a small Islamist group whose anti-blasphemy protest in the capital has fuelled deadly violence and sparked demonstrations across the nuclear-armed nation. Photograph:( AFP )

The Islamist leader whose group clashed violently with Pakistani security forces and paralysed Islamabad for weeks said their sit-in was called off Monday after the law minister resigned, meeting their key demand.

"On the assurance of the Chief of Army Staff, we are calling off the sit-in," Khadim Hussain Rizvi told the crowd of around 2,500 demonstrators from the Tehreek-i-Labaik Ya Rasool Allah Pakistan (TLY), who have occupied the main highway leading into the capital since November 6.