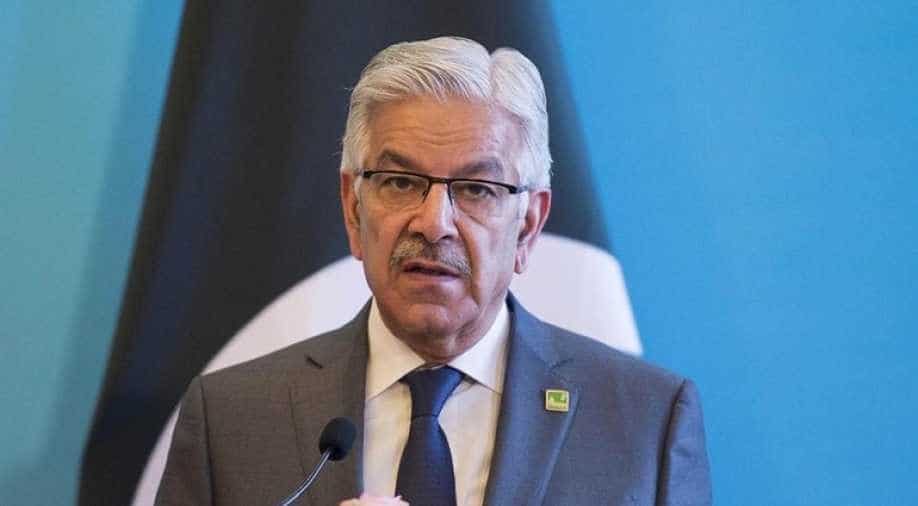 Following the incident, furious party workers roughed up the ink-thrower before handing him over to the police. Photograph:( Zee News Network )

An unidentified man on Saturday blackened the face of Pakistan Foreign Minister Khawaja Muhammad Asif during a PML-N workers' convention in Punjab's Sialkot.

The veteran politician was addressing his party workers when an unidentified man doused him with black ink from behind.

Following the incident, furious party workers roughed up the ink-thrower before handing him over to the police.

Asif, however, pardoned the attacker and called for his release, saying, he has no enmity with him.

"Someone gave him some money and sent him to throw ink at me but release him because I don't have any enmity with him," Asif said as per media reports said.

“This incident will not affect my politics because there are still thousands of people praying for me and love me,” the foreign minister added.

Last month, a man hurled a shoe at Interior Minister Ahsan Iqbal while he was addressing a workers' convention in Narowal.