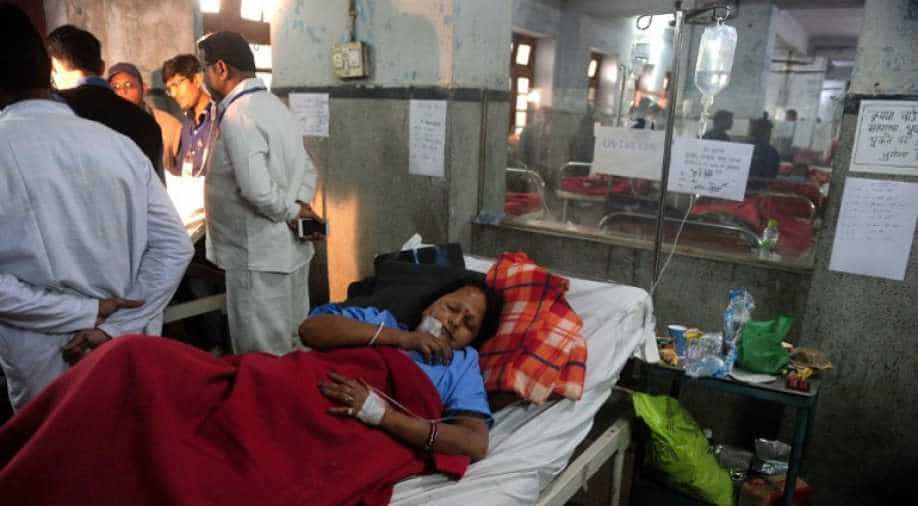 An injured train passenger receives treatment at a hospital in Kanpur on November 21. Photograph:( AFP )

Eight-year-old Sejal Yadav was pulled from the wreckage of a derailed train in northern India and rushed alone to hospital. Hours later she was reunited with her brother -- thanks to WhatsApp.

As survivors were rescued from the mangled carriages of the Indore-Patna Express on Sunday, many -- including children -- became separated from their relatives as they were shunted into ambulances and taken to various hospitals in the area.

In the chaotic aftermath of the accident, which claimed at least 146 lives and left hundreds injured, doctors took to WhatsApp -- sharing pictures of their patients with other hospitals in the area via the messaging app.

"We clicked (a photo of) every patient who came to our hospitals on our phone and immediately shared his, her name and identity on the group," A K Srivastava, a senior doctor at one of the local hospitals, told AFP.

"This way, if anyone from his family or acquaintances was at the other hospital looking for him, we were able to unite them swiftly," he said, scrolling through pictures of the injured on his phone.

The hospitals around Kanpur in the northern state of Uttar Pradesh have been flooded with dozens of victims, many severely injured and in a state of shock.

Yadav was one of the first children rescued from the accident site. She arrived at a government hospital in the town.

"For the initial part, she was in trauma and didn't say much but later she shared her name," a senior doctor at the hospital told AFP.

Her name and picture was then sent to the WhatsApp group and her name added to the survivor list, allowing her brother to track her down.

"She was with her maternal grandfather and two uncles at the time of the accident. All three of them are dead and she doesn't know this," her brother Rahul, 18, told AFP.

Rahul tried to hold back tears as he sat beside his sister's bed in the intensive care unit.

"I don't know what we can say or do after this. I hope that she recovers," he said.