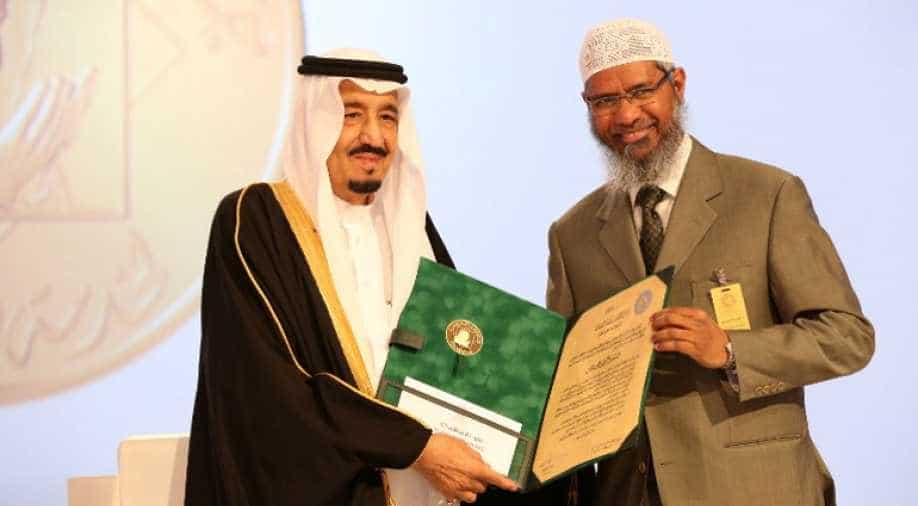 The searches came only a few days after the union cabinet banned the IRF under the Unlawful Activities (Prevention) Act. Photograph:( AFP )

The NIA registered a case against Naik and others under an anti-terror law, the Press Trust of India reported.

The searches began this morning with the help of local police after a case was registered by the NIA's Mumbai branch last night under section 153-A of the Indian penal code (promoting enmity between different groups on grounds of religion and doing acts prejudicial to maintenance of harmony) and various sections of the Unlawful Activities (Prevention) Act, PTI reported.

The searches come only a few days after the union cabinet banned the IRF in meeting chaired by Prime Minister Narendra Modi on Tuesday.

Naik and the IRF have been under the scanner ever since reports emerged that one of the Dhaka cafe attackers had been influenced by Naik's speeches.

Naik has been outside of the country ever since the news broke.

His speeches are banned in the UK, Canada, and Malaysia.