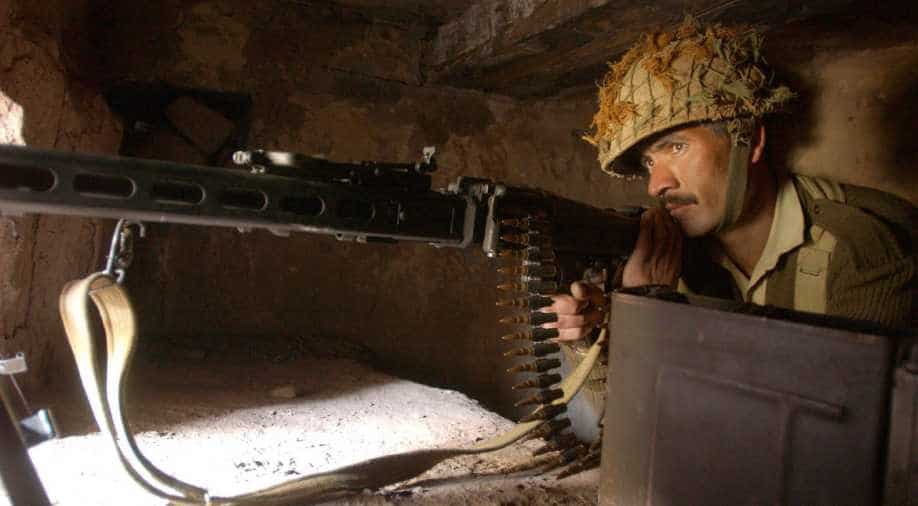 The militants had tried to sneak in through the Macchil sector of Kashmir's Kupwara district. Photograph:( PTI )

Follow Us
A militant and an Indian soldier were killed in the ongoing encounter with a group of terrorists intercepted by the Indian Army near the Line of Control (LoC) when they were trying to infiltrate from Pakistan-occupied Kashmir.

Five soldiers were injured in the operation that started yesterday and one of the soldiers later succumbed to his injuries, an army official said today.

A militant was also killed in the operation which started when infiltrators were attempting to sneak in through Macchil sector of Kupwara district of Kashmir and were confronted by the army.

The operation is still going on in the area.