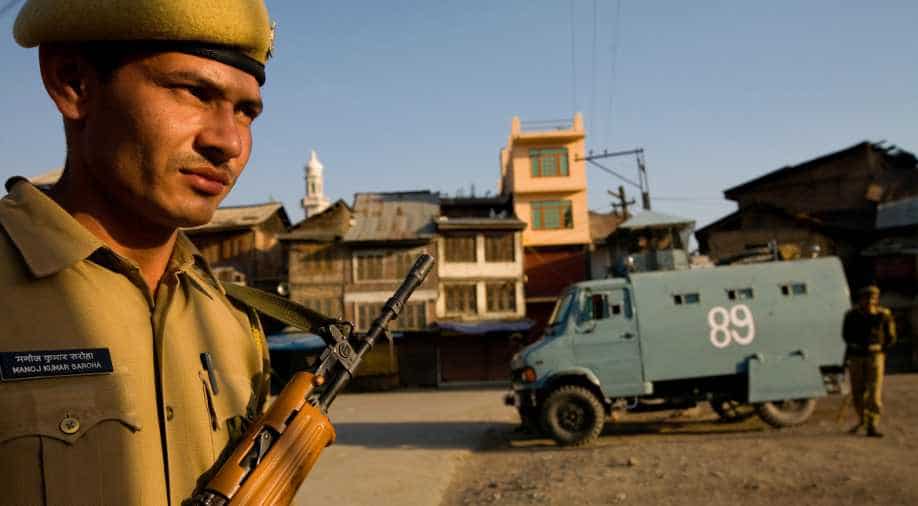 Indian security forces stand guard in the streets during curfew on October 11, 2008 in Srinagar, Kashmir. Shops and schools were also shut in a civil demonstration to protest a visit by the Indian Prime Minister Manmohan Singh. Photograph:( Getty )

An unidentified militant was today killed in an encounter with security forces in a village in Pulwama district of south Kashmir, police said.

Security forces this evening launched an anti-militancy operation after receiving a tip off about their presence at Begumbagh village in Kakapora area, 25 kilometres from Srinagar, a police official said.

Hiding militants opened fire on noticing the security forces who retaliated, triggering a gunbattle, he said.

One militant was killed in the gunbattle, the official said, adding the identity and group affiliation of the slain militant is being ascertained.