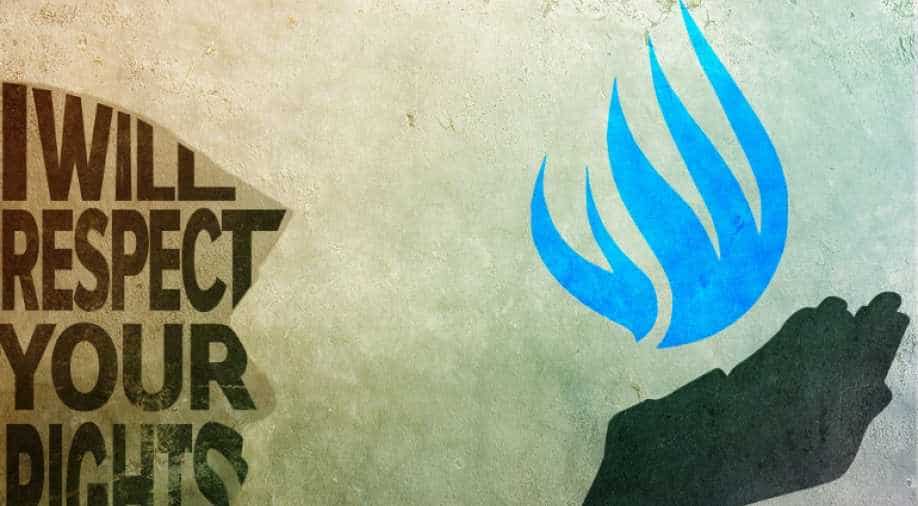 The Indian side said apart from becoming "world's terrorism factory", Pakistan has alienated its own people through continued mistreatment of Hindus, Christians, Shias, Ahmadiyas and other minorities. Photograph:( Others )

India on Monday ripped into Pakistan for raising the Kashmir issue at the United Nations Human Rights Council (UNHRC) here and expressed "serious concern" over Pakistan`s audacity to accuse others of "effecting a state-sponsored genocide.

"Exercising its Right of Reply after Pakistan raised Kashmir at the 43rd session of UNHRC, Senthil Kumar, the First Secretary of India`s Permanent Mission called out Islamabad for misusing the rights forum and its mechanism and asked the neighbouring country to introspect on its grave human rights situations before extending unsolicited advice to anybody.

Maintaining that India`s decision to revoke Article 370 of the erstwhile state of Jammu and Kashmir in August year does not have any external ramifications, Kumar said that the people have marched ahead despite Pakistan`s "nefarious attempt" to derail peace and prosperity.

"It`s unfortunate that Pakistan continues to maintain its track record of misuse of the Human Rights Council and its mechanism. It`s a matter of serious concern that Pakistan being the only country in South Asia of effecting a state-sponsored genocide would have the audacity to accuse others of it," Kumar said.

"It`s questionable that a country of serious credibility issues would talk about human rights and self-determination. This country emerged out of religious fundamentalism and bloodshed and its history rigged with assassinations, coups and puppets running," he added.

Kumar elaborated on the human rights abuses and persecution faced by the minority communities in Pakistan. He talked about the misuse of Blasphemy in Pakistan to terrorize minorities and cited examples of systemic targeting of minorities through blasphemy laws.

"Systemic misuse of Blasphemy in Pakistan has terrorized the minorities in Pakistan. The recent fate of two Hindu girls in Sindh, one Christian girl in Lahore, one Ahmadi lady in Chaleki, two professors from Khairpur are the examples of systemic targeting of minorities through blasphemy laws. The state of Pakistan is well manifested in the impunity in the murder of 65 transgenders in Pakistan since 2015," Kumar explained.