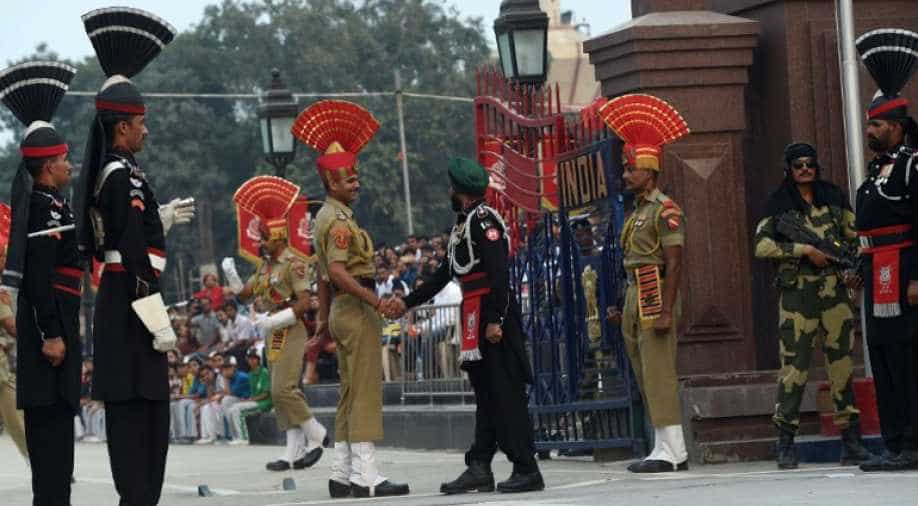 The Foreign Office in Islamabad said the violation by India on November 8 resulted in the death of four civilians, including a woman and a 10-year-old girl, besides causing injuries to seven others. Photograph:( AFP )

Continuing the blame game, India and Pakistan today summoned deputy high commissioners of each other to express concern over ceasefire violations even as India protested the manner in which the information of eight of its officials in Islamabad was made public, thereby, endangering their security and safety.

The Ministry summoned the deputy high commissioner of Pakistan and conveyed the strong concern of the Government of India on the continued violation of ceasefire along the International Border and the Line of Control by Pakistan, MEA Spokesperson Vikas Swarup said in New Delhi.

"Despite calls for restraint, Pakistan forces have committed 16 ceasefire violations since 3 November 2016 alone. As a result, there have been three fatal casualties during this period among Indian security forces.

"The government conveyed that such loss of life is unacceptable and is strongly protested. In addition, the injuries to civilians during the shelling by Pakistan forces are deplorable and strongly condemned," he said.

Swarup said India has also protested the manner in which the photographs of eight officials of the High Commission of India in Islamabad were prominently displayed in newspapers in the wake of factually incorrect allegations by Pakistan government, and conveyed that this is against basic norms of diplomatic practice and courtesy, besides having the potential to endanger their security and safety.

"It is expected that the Pakistan side will desist from such actions in the future and will ensure the safety and security of all members of the high commission of India in Islamabad and their families," Swarup added.

This is the sixth time in over two weeks that the Indian deputy high commissioner was summoned to the FO.

The FO said the violation by India resulted in the death of four civilians, including a woman and a 10-year-old girl, besides causing injuries to seven others.

On his part, Singh protested against the unprovoked firing from Pakistani Rangers, saying it was primarily to give cover to infiltrators.

He also said casualties on the Indian side include both civilians and security forces in the ceasefire violations by the Pakistan.