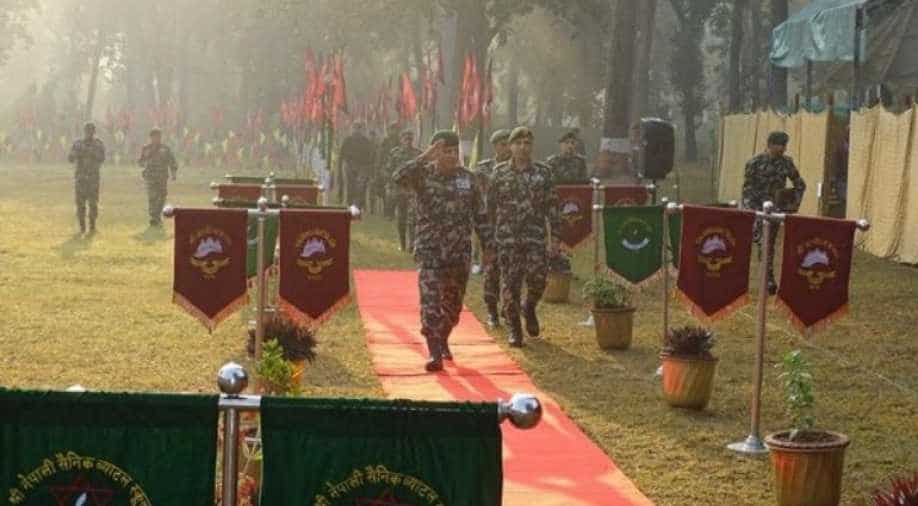 A joint military exercise between Indian and Nepali Army commenced at the Nepal Army Battle School (NABS) in country's Rupendehi district on Tuesday with an aim to enhance interoperability at the military level in jungle warfare, anti-terrorism combat as well as disaster response activities, the Defence Ministry said.

This is the 14th edition of the joint military exercise 'Surya Kiran' which is conducted alternatively in India and Nepal.

The aim of this exercise is to conduct a Battalion level combined training between the Indian and Nepalese Army with a scope to enhance interoperability at a military level in jungle warfare, counter-terrorism operations in mountainous terrain, humanitarian assistance, disaster relief operations, medical and environmental conservation including aviation aspects.

As part of the exercise, important lectures, demonstrations, and drills related to counter-insurgency and counter-terrorism operations in Jungle/ Mountainous terrain will be conducted.

Both the Armies will also share their valuable experiences in countering such situations and also refine drills and procedures for joint operations wherever the need arises.