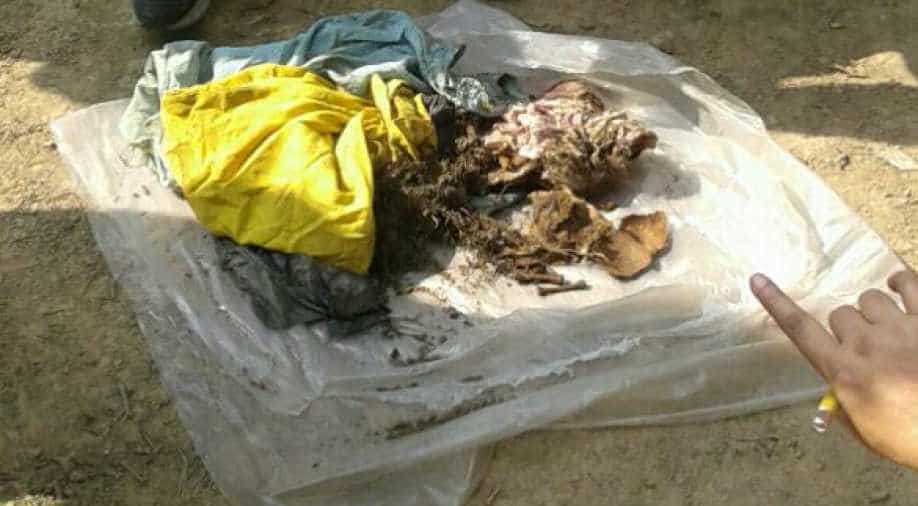 Picture of the infant bones recovered by CID officials from the NGO compound. Photograph:( WION )

Friday morning brought to light yet another startling revelation in the newborn baby trafficking racket in India's West Bengal. Officials of the Criminal Investigation Department (CID) recovered skeletons and bones of infants from the compound of an NGO in the eastern state of India.

A raid by CID officials with the prime accused in the trafficking case, Utpala Byapari, lead them to the compound of the Sujit Dutta Memorial Welfare Trust, an NGO in Bengal’s North 24 Parganas district.

The skeletons and bones of infants were dug deep in the soil around the NGO. The NGO would sell the newborns to childless couples, sources in CID told WION. However, they would bury stillborn babies in the compound itself.

"So far we have found bones and skeletons from this particular compound. We are going to carry out more such searches in the next couple of days," said a senior official of CID.

The investigators also recovered as many as 10 infants from an old-age home in the southern fringes of West Bengal, Thakurpukur, in connection with the existing racket.

Acting on a tip-off, CID officials raided an old-age home-cum-asylum for the elderly, Purbasha Centre, and found as many as 10 infants. All of them are aged between one and 10 months. The accused had abandoned the infants at this centre and fled.

All the infants have now been shifted to the ESI hospital for treatment.

The police arrested Reena Banerjee, the fourteenth accused, who was closely associated with the NGO. Investigators reveal that this is one of the biggest trafficking rackets existing in eastern India.

The incident came to light on Tuesday, November 24, when CID officials raided a nursing home in Baduria in North 24 Parganas district of West Bengal and recovered two infants wrapped in cotton inside a biscuit carton and uncovered a huge racket involving the trafficking of infants.