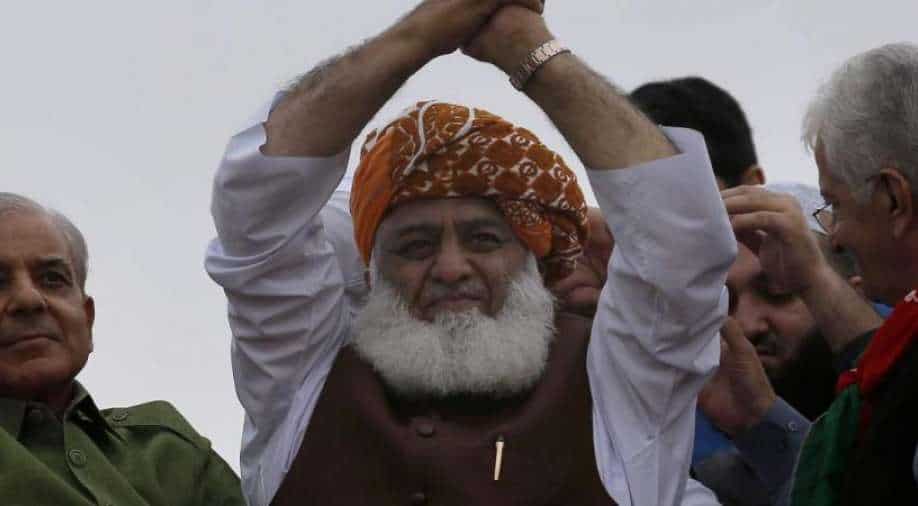 Rehman said that the incumbent government did not have the right to stay in office as it is a 'product of fraud' and all opposition parties feel that the 2018 general elections were 'rigged'.

Terming Pakistan Prime Minister Imran Khan government "illegitimate" and "incompetent", Jamiat Ulema-e-Islam-Fazl (JUI-F) chief Maulana Fazlur Rehman said that supporters of the government are "culprits" and involved in all the problems being faced by the country at present.

Addressing a gathering of JUI-F workers in Tank on Monday, Fazlur Rehman said the incumbent government did not have the right to stay in office as it is a "product of fraud", Geo News reported. "This illegitimate government is a product of fraud. I am bound by the oath I have taken [...] In this situation, we have to do principled politics," he said, adding that the country belongs to everyone and that it was not anyone's personal property.

He added that all Opposition parties were on the same page that the 2018 general elections were "rigged". "Pakistan is facing internal and external problems," he said, adding that the state would be strong when its economic conditions improved.

Fazlur Rehman, who is also the chief of the PM, said the next meeting of the leadership of the alliance will be held on January 1 in Lahore to formulate its future strategy. The PDM has demanded the resignation of Prime Minister Imran Khan till January 31 and in case of no resignation, it has announced a long march.