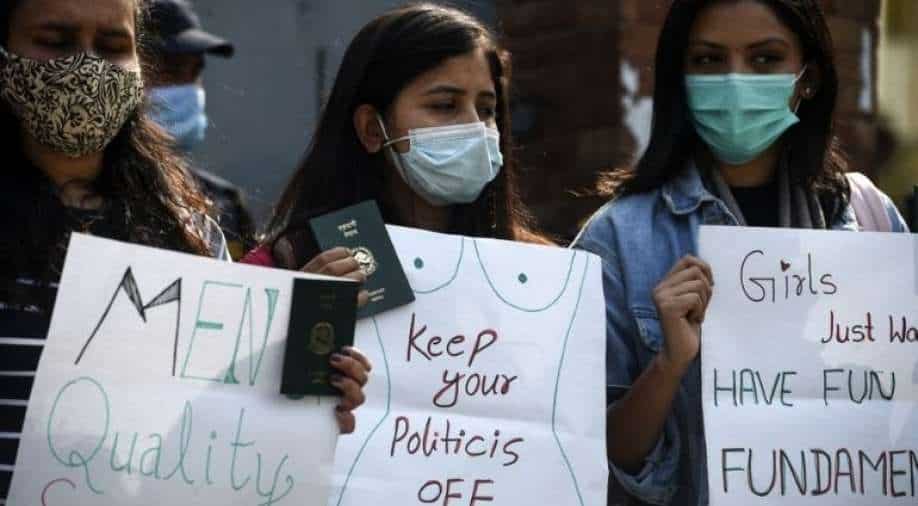 To call for an end to violence and discrimination against women and the scrapping of a proposed law that would restrict travel for many women, hundreds of women's right activists and their supporters took to streets in Nepal's capital on Friday.

The protesters marching in the heart of Kathmandu chanted slogans demanding equality. Activists say even though the country's constitution guarantees equal rights to women, there is much more that needs to be done to make it a reality.

They point to the proposed law that would require women under 40 years of age to get permission from their family and local government to travel to the Middle East or Africa as a violation of human rights. The government has said the regulation would help stop human trafficking, but has pointed out it is just a proposal and not a law till now.

The protesters tried to march to the prime minister's office but were blocked by riot police and barbed wire barricades. There were no clashes or violence.

Reshu Aryal, a rights activist in the rally, said she wanted to protest what she saw as police and official indifference to discrimination and sexual violence against women and girls.