Hopes and fears for jobs as Afghan cement factory reopens 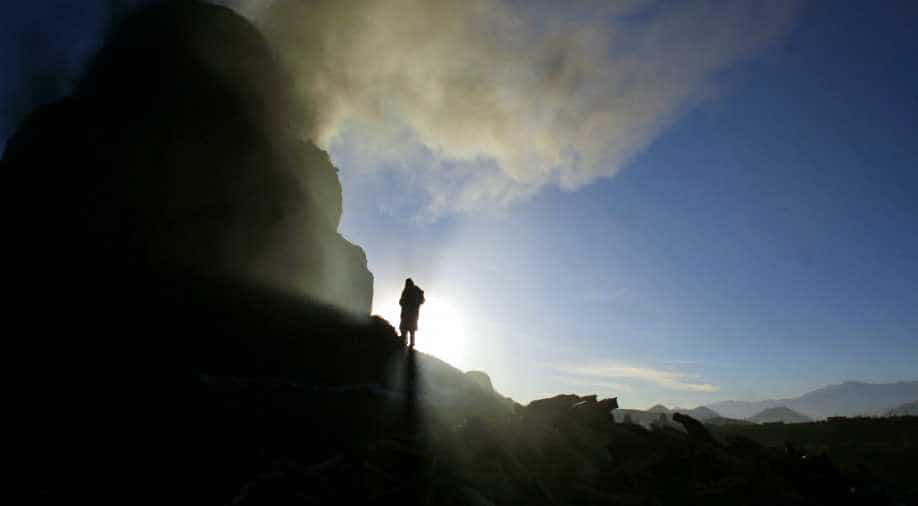 A worker, silhouetted by the setting sun, climbs on a kiln while smoke rises from the burning fire February 12, 2002 in Kabul, Afghanistan. Photograph:( Getty )

After a break of 20 years, Afghanistan's first cementfactory is once more clanking noisily in the countryside near Kabul as crushed-up limestone rocks rattle along a battered conveyor belt to the newly restored kiln.

In an area desperately short of industry and jobs, workers hope the relaunch of the plant, built by Czech engineers in 1957 and shut by the Taliban in 1995, heralds the revival of an industry shattered by decades of war and destruction.

"By selling our products and improving the factory's production, we can avoid having our young generation go abroad," said Amir Mohammad. "If there are job possibilities, they can stay with their families and look after their children."

But the outdated state-owned plant 75 km (47 miles) outside Kabul also shows how far there is to go before that promise can be achieved and there are serious questions whether the plant has a viable future unless it is thoroughly modernised.

Jabal Saraj, which now employs 150 workers, is a small factory with daily capacity of 100 tonnes and equipment that is at least 40 years out of date, the U.S. Geological Survey said in a 2011 report.

"We've tried our best and got the factory running using its old machinery," said Abdul Wakil, one of a group of former workers who have returned to help get the plant working again. "As long as we have electricity, it will work."

Talks with a private operator to develop a separate, larger plant at Jabal Saraj have run for months, but for now, the government has decided the old plant still serves a purpose, a spokesman for the country's mines and petroleum ministry said.

"This old factory is useful and has a profitable production capacity," Mohyaddin Noori added. "It provides job opportunities."

Afghanistan's only other major cement manufacturer, the Ghori cement plant, has daily capacity of more than 1,000 tonnes, but domestic industry is dwarfed by the millions of tonnes of imports from neighbours, including Pakistan and Iran.

That fierce competition makes it tough to find domestically produced cement in Kabul's main wholesale markets, even despite the fact that domestic cement's bulk and relatively low cost should penalize foreign cement, trucked in hundreds of miles.

"We have only Pakistani cement," said trader Ershad Shinwari. "Afghan-made cement is not coming to us."

Demand for building materials has fallen sharply since international forces left in 2014 but the market has not collapsed and director Mohammadi hopes for domestic growth.

"There is huge demand for cement in Afghanistan," he said. "We've got the factory working, so it will give investors a chance."

For the moment, however, Jabal Saraj relies on government subsidy to survive. The economics may be tough, but it is people nearby who are mainly looking for work.

"We ask the other countries to help this factory and provide new machinery to replace the old machines," said plant worker Wazir Mohammad.

"It will be very useful for our people as long as there is poverty in Afghanistan and everyone suffers insecurity."