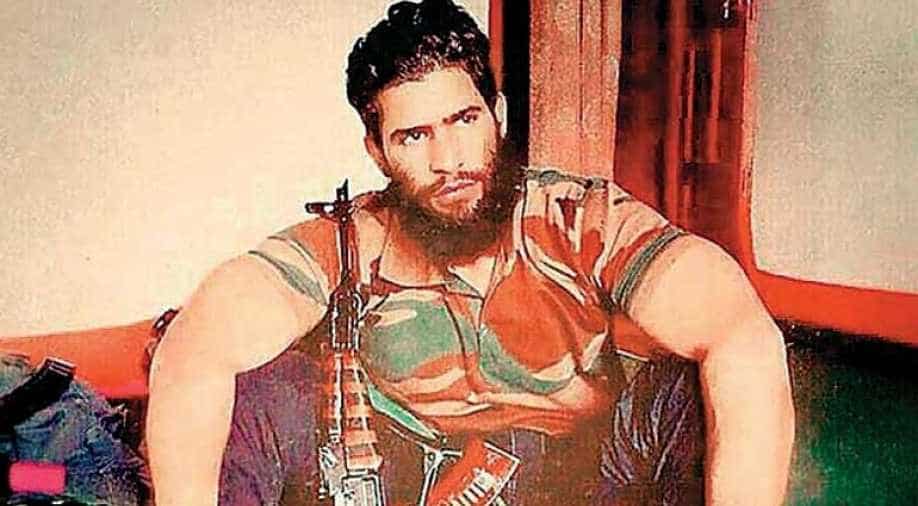 Zakir Musa had threatened to kill Hurriyat leaders for interfering in the Hizbul Mujahideen's struggle for Islam. Photograph:( DNA )

'If Hizbul doesn't treat me its member, I too don't represent it,' Zakir Musa said in the latest audio clip ||Hizbul Mujahideen said the outfit had nothing to do with?Musa's statements

After the Hizbul Mujahideen distanced itself from his statement threatening Kashmir separatists, Zakir Musa declared Saturday that he had dissociated himself from the terrorist outfit.

Zakir Musa announced he would not be associated with the Hizb from Saturday onwards.

"If Hizbul doesn't treat me its member, I too don't represent it," Musa said in the latest audio clip released on social media."

"Following my last audio message, a lot of confusion is being spread in Kashmir. I stand by my speech and by my message," he said.

On Friday, in an audio tape which went viral on social media, Musa had threatened to kill Hurriyat leaders for interfering in the Hizbul Mujahideen's struggle for Islam. He said the organisation would chop off the heads of Hurriyat leaders and hang them in Srinagar's Lal Chowk for calling the Kashmir issue "political in nature" and not an "Islamic struggle".

Hizbul Mujahideen spokesman Saleem Hashmi said the outfit had nothing to do with Musa's statements.

"Such a statement (Musa`s) is unacceptable to us. It reflects the personal opinion of Zakir Musa," Hizb spokesperson Saleem Hashmi said in a statement emailed to a local news agency in Kashmir.

Jammu and Kashmir chief minister Mehbooba Mufti, meanwhile, said today that the government will consider any request for security from separatist leaders following a threat by the Hizbul Mujahideen commander.

"When somebody will seek security from us we will think over it," Mehbooba Mufti said on the sidelines of a function when asked about the threat given to separatist leaders by Mussa.

The Hizbul Mujahideen has been insigating violence in the Valley and fighting for Jammu and Kashmir's annexation to Pakistan since 1989. Its terrorists are suspected to be behind the abduction and killing of Kashmiri Army officer Lieutenant Ummer Fayaz earlier this week.

The Hizbul Mujahideen has been designated a terrorist outfit by the India, the United States and the European Union.