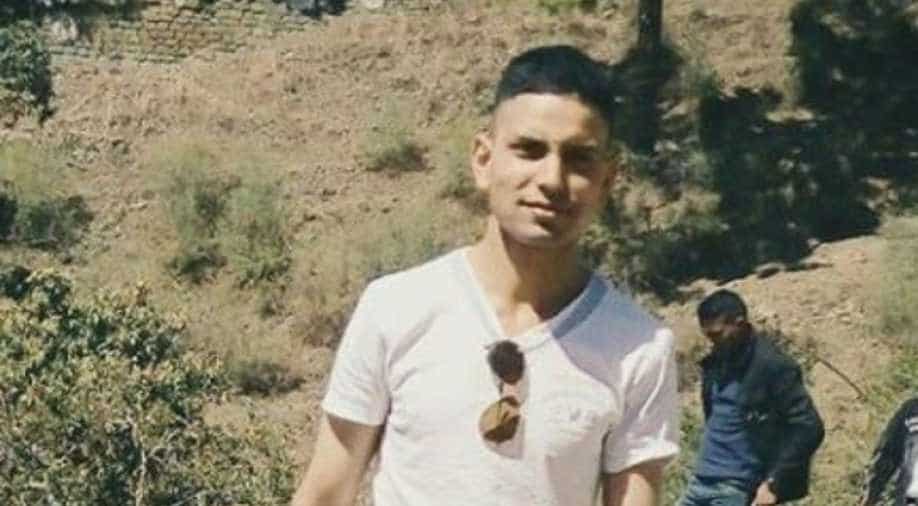 Ummer, who was Kashmiri himself, was abducted Tuesday night. HIs bullet-riddled body was found Wednesday morning. HIs family had been too scared to report the matter, they had hoped he would be returned alive. Photograph:( Facebook )

Hizbul Mujahideen terrorists may have killed young Indian Army officer Lieutenant Ummer Fayaz from Kashmir, suspect Jammu and Kashmir Police. An INSAS rifle snatched from the police could have been used in the crime, police said.

However, a senior police official said on Thursday that twenty-three-year-old Fayaz's body did not bear any torture marks while adding that the post-mortem report was awaited.

"We have conducted preliminary investigations. It points to (the involvement of) a module of Hizbul Mujahideen active in Shopian district," Inspector General of Police, Kashmir, S J M Gillani said.

The police have found two empty cartridges of an INSAS rifle at the spot where Fayaz was shot by the terrorists in Shopian.

"We had two incidents of weapon-snatching in south Kashmir recently. We have leads that the Kulgam snatching was carried out by Lashkar militants, while Hizb militants were involved in weapon-snatching at Shopian court complex (on May 2). So it could be one of those weapons," he said.

"The doctors and police officers who examined the body did not find any torture marks," Gillani said.

Fayaz had gone to attend his cousin's wedding at Batapura, about 74 km from state capital Srinagar, from where he was abducted by the terrorists at about 10 pm on Tuesday. His bullet-riddled body was found on Wednesday morning.

On his first leave since joining the Army, he had reached Batapura from Akhnoor in Jammu region where he was posted with 2 Rajputana Rifles.

From Kulgam district, Fayaz was commissioned in the Army in December 2016.

The Indian Army has promised "to bring the perpetrators of this heinous act of terror to justice".