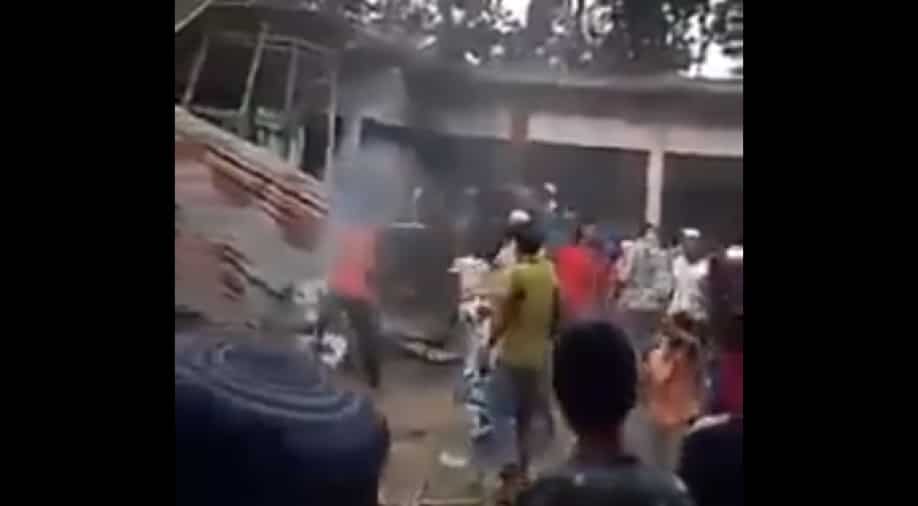 The incident took place at the Korbanpur village under Muradnagar upazila of Comilla on Sunday afternoon.

Several Hindu households were vandalised and torched in Comilla, a city in Bangladesh, after a man reportedly showed support for France defending Prophet Mohammed cartoons on Facebook.

The incident took place at the Korbanpur village under Muradnagar upazila of Comilla on Sunday afternoon, according to the Dhaka Tribune.

The office of the local Union Parishad Chairman Bankumar Shiv and the house of accused, Shankar Debnath, were set on fire.

Pictures and videos of the attack went viral on social media within moments.

Thread
Here's the video,Muslim fanatics destroying Hindu houses, over just fb react given in boycott France post by Muslim. 2 Hindu arrested in blasphemy act. No action on this though it lasted for 5 hours.Dear fellow hindus We never asked for money,we asked for support from u . pic.twitter.com/JTPBGnrdSM