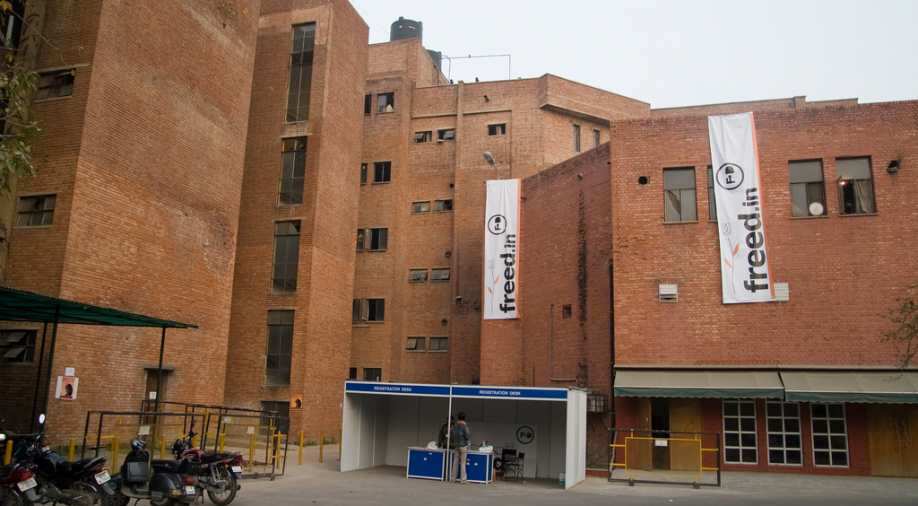 The police will 'scan' the entire campus, including hostels, classrooms and rooftops, of the varsity Photograph:( AFP )

Concerned over continued disappearance of a JNU student for nearly two months, Delhi High Court today directed the police to "scan" the entire campus, including hostels, classrooms and rooftops, of the varsity by using sniffer dogs.

A bench of justices G S Sistani and Vinod Goel also asked Delhi Police to take all necessary steps without further loss of time to trace out the student - Najeeb Ahmed, saying there has been delay in recording statements of some students suspected of thrashing him a day before his disappearance.

Jawaharlal Nehru University (JNU) and its student union, JNUSU, were asked by the bench to file affidavits in two days stating they have no objection to the "thorough search" and that all assistance would be provided to the police.

The court also said the police was free to search Jamia Millia University also, if required. In case of any resistance or objection to it from the varsity or its students, the agency could approach the court for permission.

The bench said it was not concerned about which students union did what and it was not on a fact-finding mission regarding what JNU did wrong or right. "We are only concerned with where he has vanished," it said.

The directions came on the habeus corpus plea by Najeeb's mother, Fatima Nafees, who has moved court to trace out her son who has been missing since the intervening night of October 14-15. The matter was listed for further hearing on December 22.

The lawyer for Najeeb's mother contended that the police was "bypassing" the abduction angle and it appeared that the agency was moving on the theory that something was mentally wrong with the student as he just walked out of the campus.

Delhi Police, represented by senior standing counsel for Delhi government Rahul Mehra, refuted the allegations and told the court that it was exploring all angles, including abduction, and was not hiding any details of the probe from the student's mother.

Mehra also said four students, who are suspected of beating up Najeeb, would be put to lie-detector tests to get leads or clues about his disappearance and whereabouts. The police are expected to get results in the next 10 days, he said.