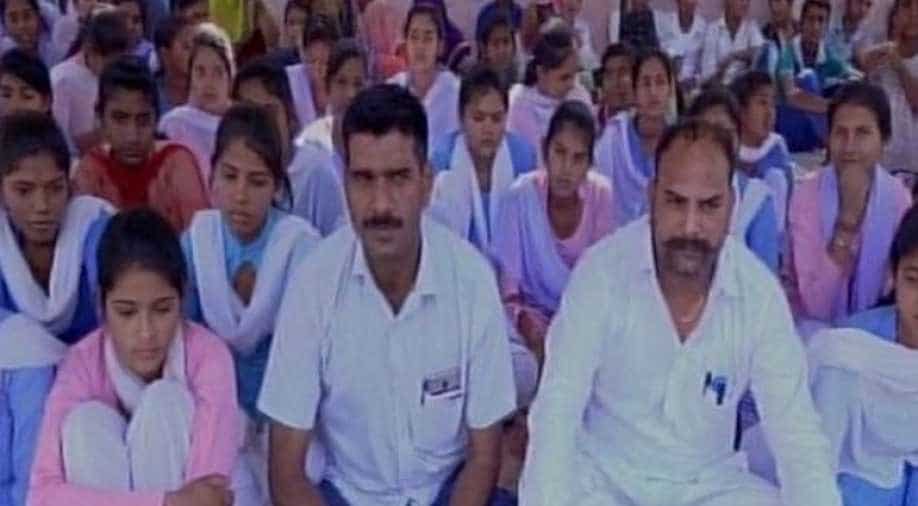 The girls have been on hunger strike for five days now. Photograph:( ANI )

Girls in a Haryana village have been on a hunger strike for five days now||They want their village school upgraged, say they'll be molested if they go elsewhere

Fearing harassment, a group of female students of a government high school in Haryana`s Rewari have been sitting on a hunger strike for five consecutive days, demanding upgradation of their school.

The girls said that they would be molested if they travel to a senior secondary school located in a different village for higher studies.

The district education authorities said that they would put the demand of the girls before the higher officials and would also seek the education minister`s intervention.

The protesting girls said that they would not stop until the government accepted their demand.