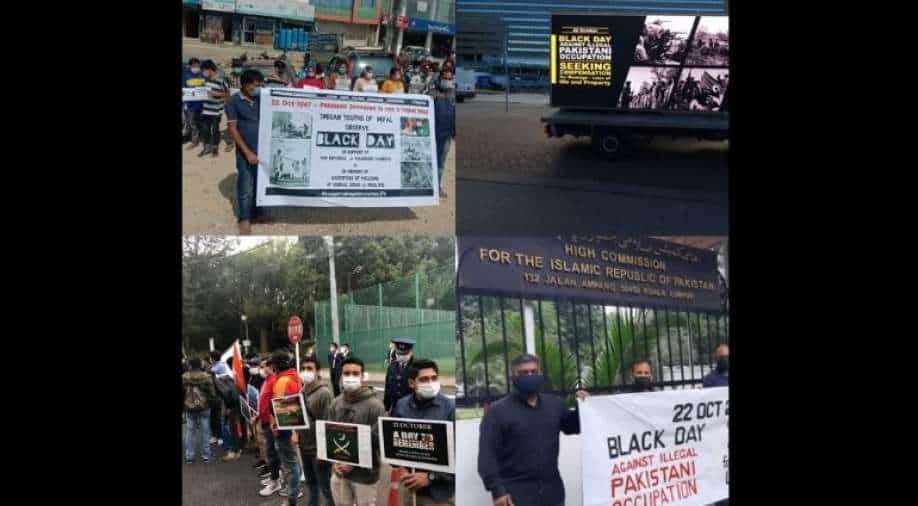 In the Hague, Netherlands bus with a board saying 'black day against illegal Pakistani occupation: seeking compensation for damages' was seen

Global protests took place on Thursday to highlight the Pakistani atrocities in Kashmir coinciding with October 22 "black day". On this day on 1947, Pakistani raiders invaded the then princely state of Jammu and Kashmir. Five days later, on October 27 1947, Indian troops arrived after the instrument of accession was signed by the then king Hari Singh.

In Nepal, "Indian youths of Nepal Observe Black day" were seen which paid homage to the sacrifices made by "millions of Hindus, Sikhs and Muslims" for the state while dealing with Pakistani atrocities. In the Hague, Netherlands bus with a board saying "black day against illegal Pakistani occupation: seeking compensation for damages" was seen in front of the Peace Palace that houses the International court of justice.

Protests happened in Japan, Seoul, London, Brussels, Geneva, San Francisco, Malaysia. A car rally has been planned in Washington to mark the 73rd "remembrance day of Pakistan's Brutal invasion of Jammu and Kashmir". The rally will go up to the Pakistani embassy in Washington, US.