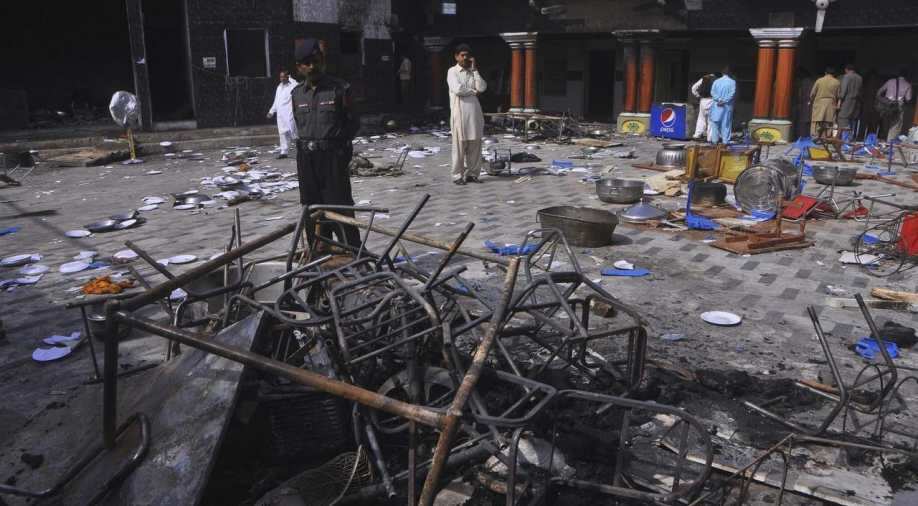 The protestors also burnt Pakistan Prime Minister Imran Khan's effigies while raising the issue of atrocities against the minority Hindus in Pakistan.

Rashtriya Ekta Samaj, a fringe outfit, on Tuesday, staged a protest outside the Pakistan Embassy in Kathmandu, accusing the Pakistan government of destroying Hindu and Buddhist temples in that country.

The protestors also burnt Pakistan Prime Minister Imran Khan's effigies while raising the issue of atrocities against the minority Hindus in Pakistan.

Recently, another demonstration took place in Nepal on a similar pattern where an effigy of Imran Khan was burnt. It was coordinated by outfits like Rashtriya Ekta Samaj and Vishwa Hindu Mahasangh`s Nepal chapter.

Earlier in June this year, India too had strongly raised the issue with Pakistan. It had issued a strong demarche to the Pakistan High Commission over what India called "systematic" and "targeted" demolition of residences belonging to the minority Hindus in the Punjab province.

This growing assertion of Hindu rights in Nepal comes amid the government`s growing proximity to communist China and its Prime Minister`s controversial claim that Lord Ram didn`t belong to India.