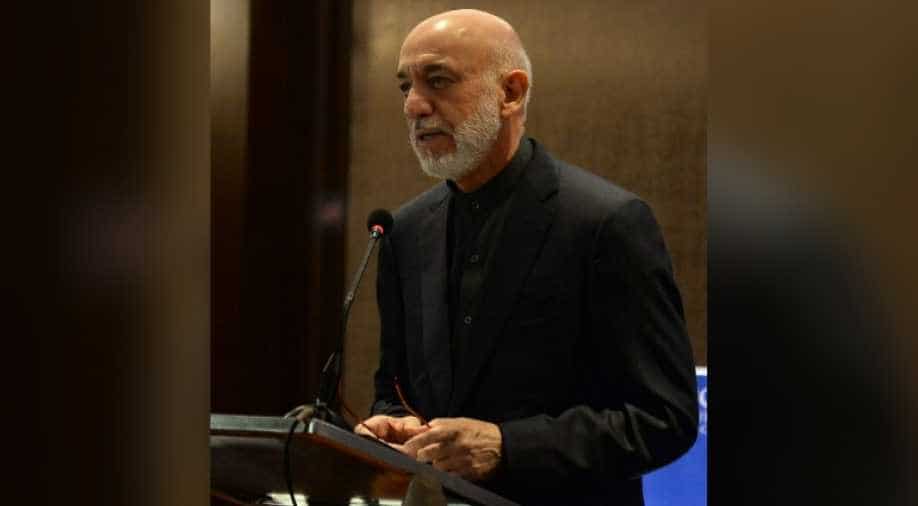 In an exclusive interview with WION, Hamid Karzai, Afghanistan's former president talked about his views on Trump's policy on Afghanistan, China's growing presence around the region and India's role as one of Afghanistan's strategic allies.

Amid reports of United States beginning to pullout from Syria, the focus now shifts to Afghanistan. Reports suggest that the US president will do the same in Afghanistan -- withdraw troops from America's longest war.

Just like Syria, while US lawmakers and policymakers remain divided over the pullout move with respect to Afghanistan, the man who shaped the post-Taliban Afghanistan believes this would be a good decision.

In an exclusive interview with WION, Hamid Karzai, Afghanistan's former president talked about his views on Trump's policy on Afghanistan, China's growing presence around the region and India's role as one of Afghanistan's strategic allies.

Karzai said that America will never leave Afghanistan owing to its strategic placement on the world map.

"We have a very strategic location, we have all the other superpowers in our neighbourhood -- Russia is there, China is there, India is there and we have regional powers surrounding us as well, therefore our location is surely to interest the United States. Truly, that is one of the reasons why the US is there. The US will stay in Afghanistan and would like to stay in Afghanistan," former Afghan president said.

He agreed that the Americans have turned his country into a war lab. As per a UNICEF report, the violence in Afghanistan maimed or killed some 5,000 children within the first three quarters of 2018. Many have been wounded, thousands lost their lives.

"This is one of the worst things they could have done to Afghanistan and they did it; that is the reason why they lost the support of the Afghan people. This is something that I have condemned very strongly and I would do it again and again. I would raise my condemnation against that atrocity again," Karzai told WION.

Karzai identified India as a key ally and stated that it can play a greater role in Afghanistan. India's work has been consistent in Afghanistan. Over the years, India has built more than four thousand kilometres of roads, dams and hydropower plants. But Karzai thinks that India has the ability to do more.

Beijing wants to extend the China-Pakistan Corridor (CPEC) to Afghanistan. Karzai says Kabul welcomes provided it brings a 'win-win' situation to both China and Afghanistan.

Karzai further added that he doesn't think US president Donald Trump intended to mock India on the library incident.

"I don't think his intention was to mock India. I think it did not occur to him at that time that it was not a library but a parliament house. People make mistakes and say things," he said.