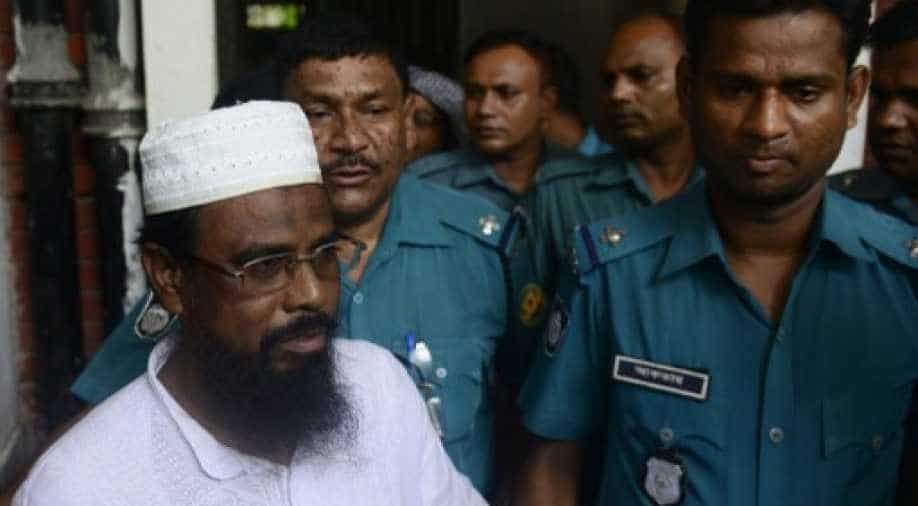 Mufti Abdul Hannan, who had his death sentence upheld by the court this week, is one of the leaders the five men were allegedly trying to help escape from jail. Photograph:( AFP )

Five men suspected to be members of an outlawed Islamist organisation were arrested by Bangladeshi security personnel in two separate raids in the southeastern city of Chittagong on Thursday.

HuJI has been accused of unleashing a wave of deadly bomb attacks across the country, including the attacks on a Christian church, an Ahmadi Muslim mosque, and rallies of secular activists and communists.

The arrests were made a day after the country's highest court upheld HuJI leader Mufti Abdul Hannan's death sentence for attacking the British ambassador.

"They (HuJI) remained inactive for a while and were trying to reorganise and plan attacks on law enforcers and prison vans to free their arrested leaders, AFP quuoted a security force spokesman as saying.

The five were arrested in two separate raids in the southeastern city of Chittagong, which has not had suffered a militant attack since October last year.

Khan said three of the arrests were made at a hideout from where the RAB had recovered 12 IEDs, handguns, ammunition and jihadi books.

Bangladesh is reeling from a wave of attacks on foreigners, rights activists and members of religious minorities.

Many of those deadly attacks were claimed by the international terrorist outfit Islamic State (IS) and Al Qaeda.

Since a deadly attack in July on a Dhaka cafe in which gunmen killed 22 people -- mostly foreigners -- security forces have shot dead at least 40 Islamist militants.

HuJI was formed in 1992 by Bangladeshis who had fought in Afghanistan in the war against Soviet forces.

It was the first Islamist extremist group to emerge in the Muslim-majority nation of 160 million and it turned to deadly attacks after Hannan took over its leadership in the late 1990s.

They could now be hanged within months unless they seek a review of the apex court's verdict. But chances of overturning a death sentence in a review is extremely rare in Bangladesh's judicial history.