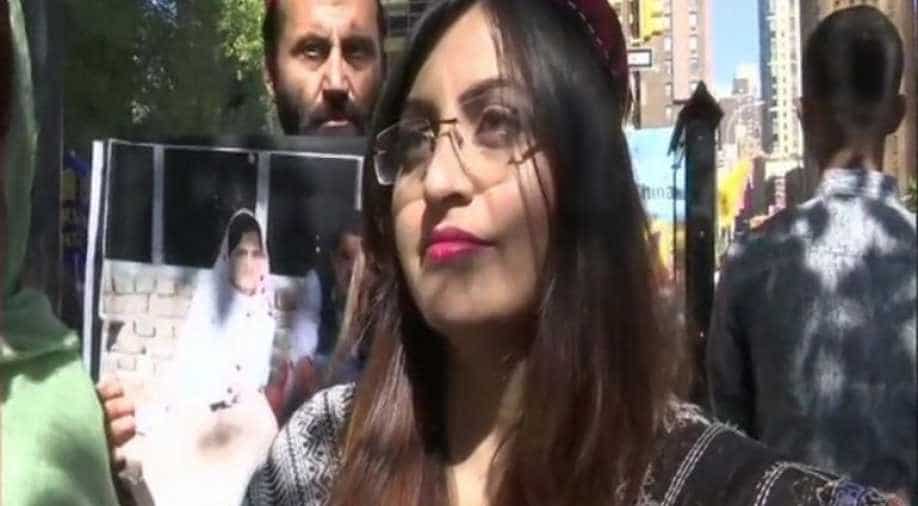 Pakistani women rights activist Gulalai Ismail on Thursday said that her father was picked up my men in militia attire.

Pakistani women rights activist Gulalai Ismail, who is currently in the United States on Thursday said that her father was picked up by "men wearing militia dress" in Peshwar.

"My father has been picked up by men wearing Militia dress from outside of Peshawar High Court an hour ago," Ismail tweeted.

My father has been picked up by men wearing Malitia dress from outside of Peshawar High Court an hour ago.

Ismail managed to escape Pakistan to seek political asylum in the United States in September after being accused of treason. She reached the US months after she was arrested and released for holding a protest demonstration outside the National Press Club in Islamabad.

During a chat with the media in New York last month, Ismail had voiced her concerns about her parents' safety in Islamabad. "I am still worried about my parents back home and the underground network that secretly protected me when I escaped," Gulalai said.

She has now become the new face of hope for the oppressed minorities in Pakistani, raising voice against Islamabad's atrocities on the roads of New York.

Last month, Ismail was seen on the streets of the city, highlighted the plight and miseries that minorities are facing for decades and demanded that the Pakistani Army end human rights violations. "There's a dictatorship in Khyber Pakhtunkhwa province by the Pakistani military establishment," Ismail had said.

According to a report in Dawn, a non-bailable warrant was issued against her by a Pakistani court in a case pertaining to maligning national institutions. Ismail had deemed the non-bailable arrest warrant as an act of appeasement before the country's intelligence agency ISI.

The order issued states that the court would initiate the process to declare her a "proclaimed offender" if the "suspect" does not appear before the court on October 21, the report had said.