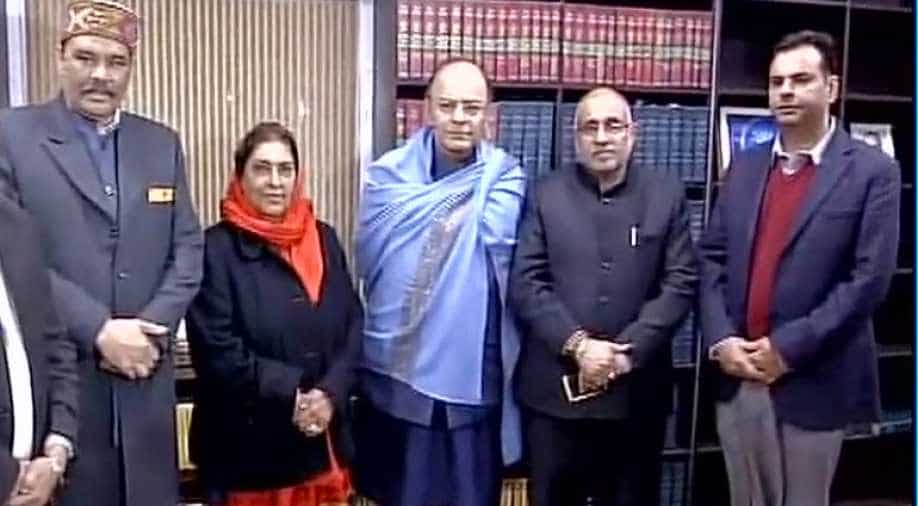 Gurkanwal Kaur accused the Congress for failing to recognise her work and ignoring her. Photograph:( ANI )

Kaur was a former minister of state for social welfare as well as parliamentary secretary in the Amarinder Singh government from 2002 to 2007.

Kaur said she left Congress because they failed to recognise her work.

Have worked in Congress, but they never recognised my work & instead ignored me: Gurkanwal Kaur,daughter of Beant Singh pic.twitter.com/UhvkQ1vz0p

She said she was "impressed with the policies of the Narendra Modi-led federal BJP government".

Impressed with the policies of Narendra Modi ji, really happy and thankful at this juncture: Gurkanwal Kaur on joining BJP pic.twitter.com/3z9mGCaPb9

Meanwhile, cricketer-turned-politician Navjot Sidhu defected from the BJP last September and is rumoured to join the Congress soon.

"Sidhu will join Congress in a day or two. He has a big responsibility as he will canvass for the party across the state as a star campaigner," Sidhu's wife Navjot Kaur said on Friday.

Meanwhile, former Indian Army chief General Joginder Jaswant Singh also joined the BJP recently and is campaigning for the party in the state.

Punjab is set for a three-way fight between SAD-BJP combine, the Congress and new entrants AAP. The state goes to polls on February 4.