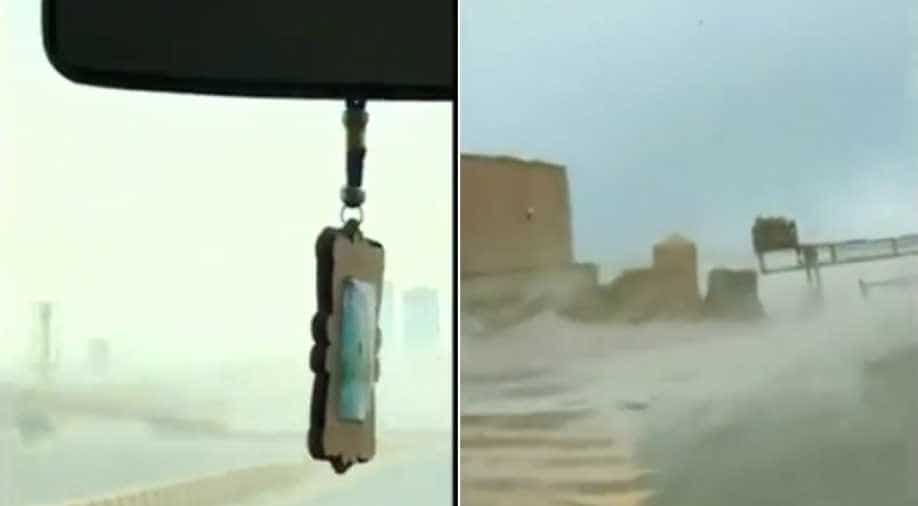 Video shared with Reuters showed the Monday winds dragging sand in the atmosphere, minimizing visibility on the roads. Social media users from Karachi also posted videos of trees and poles blocking paths after being knocked down the storms.

Local media also reported that some flights from Jinnah International airport was cancelled on Sunday due to the storm.