Drunk driver charged with cuplable homicide not amounting to murder 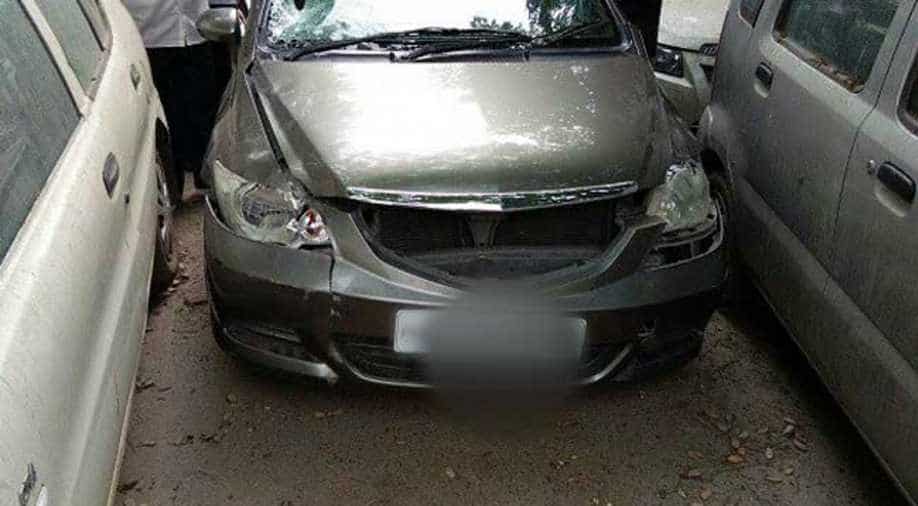 The 21-year-old was driving a Honda City. (Image tweeted by ANI) Photograph:( Twitter )

Follow Us
New Delhi: The gruesome accident in Janakpuri area, in which two persons were killed by a drunk driver, was the second such case in the city this year in which the accused was slapped with a more stringent charge of culpable homicide not amounting to murder instead of charge of causing death by negligence, which is bailable in nature.

Earlier this year, in the Mercedes hit-and-run incident reported in north Delhi's Civil Lines area, the accused, who was four days short of 18 years on the day of the accident, was slapped with the same charge in the case which was initially registered under IPC Section 304 A (causing death by negligence).

In todays incident, police claimed that they have adequate ground to register a case under IPC Section 304 (culpable homicide not amounting to murder).

"In this case, the 21-year-old accused, who was in a highly inebriated state, was driving at a very high speed and did not stop his car after hitting the first person, who later died.

"He did not stop even after hitting two others and pulled over only after reaching a certain distance, chased by a patrol team, suggesting that the act was done with the knowledge that it is likely to cause death, but without any intention to do so," Joint Commissioner of Police (southwest) Dependra Pathak said.

However, in Janakpuri case, police have so far not come across any record of traffic violation against the accused, Rishabh, unlike the Mercedes case in which the 17-year-old boy was found involved in at least four cases in one year.

But in the Mercedes hit-and-run matter, the minor, whose father was also booked for abetment to his crime, was not suspected to be driving under the influence of alcohol unlike todays incident.

In that case, the relatives of the 32-year-old business consultant who died in the incident, met Delhi Police Commissioner Alok Kumar Verma, following which the investigating officer of the case was changed and the charge was altered from causing death by negligence to culpable homicide not amounting to murder.

Two persons, including an elderly man, who were out for morning walk were killed and another was critically injured after they were knocked down by a speeding car being allegedly driven by a 21-year-old student in a highly inebriated state in Janakpuri area. (PTI)