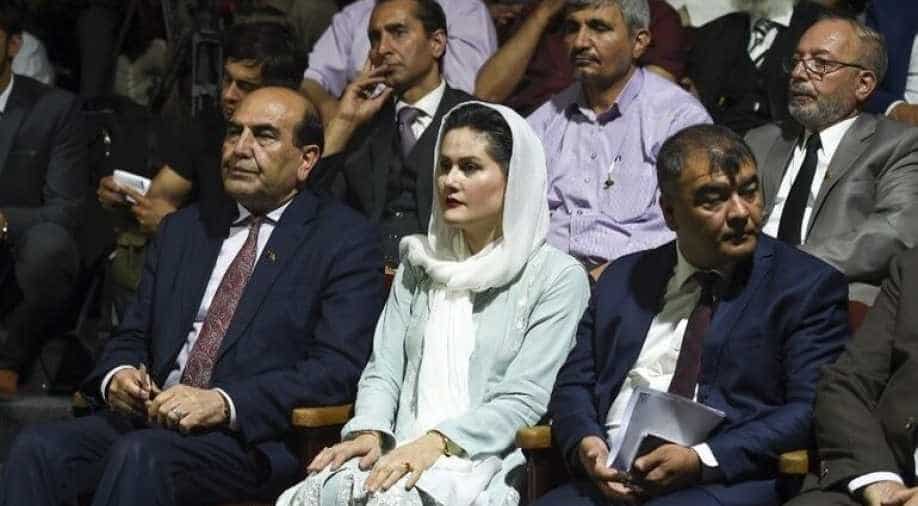 After the Taliban's ouster, the formerly prestigious Afghan Film board was resurrected but it has long languished, largely neglected, with a string of directors and leaders accused of incompetence.

In the dilapidated offices of Afghanistan's state-run film board, where old movie reels are stacked in rusting canisters, Sahraa Karimi heads the all-male team she hopes will help drag the nation's cinema from the lingering shadow of Taliban rule.

"It is a very difficult position to be in, because I came to an office that had almost nothing, destroyed, so I need to build it again," said Karimi, a 36-year-old movie director whose female-led picture "Hava, Maryam, Ayesha" premiered this month at the Venice Film Festival.

During its 1970s heyday, Afghanistan's film industry was vibrant: a slew of movies including the hit "Mardha Ra Qawl Ast" (Men keep their promises) dealt with themes of love, romance and power relations.

But all that ended after the Soviet invasion of 1979, as filmmakers were pushed into propaganda, and the arrival of the Taliban who banned film and music under their savage rule of 1996-2001.

After the Taliban's ouster, the formerly prestigious Afghan Film board was resurrected but it has long languished, largely neglected, with a string of directors and leaders accused of incompetence.

At its Kabul offices, vital documents have been tossed in the trash and its all-male staff some of whom once hid precious movie reels from the Taliban now appear to lack motivation.

"It is very challenging, but I am a person who welcomes challenges," Karimi said of the role she began in May at Afghan Film, becoming the first woman at the helm of the national film agency.

Since then, she has pushed projects aiming to bring Afghanistan's once-dynamic film industry back to life.

Among them was a 10-day film festival where about 100 feature and documentary movies were screened at four venues across Kabul, including at Afghan Film.

The films exposed hundreds of Afghans to some of their country's cinema classics, with many seeing films for the first time.

"The film festival is a great idea because for a long time, cinemas were closed and no good movies were made," said 21-year-old festival-goer Atefa Essari.

"We didn't know our filmmakers because most of them were abroad. It is a great idea to see Afghan movies inside Afghanistan again."

Afghan Film has also recently digitised hundreds of hours of footage that includes movies and documentaries of Afghanistan before it was ravaged by violence.

Karimi, who has a doctorate in film, told AFP that the film board's staff must also take the lead in cinema's revival in Afghanistan.

"I told them that you don't need to stay in your office from 8:00 am to 4:00pm, you should go outside, you should sit under trees, you should talk to each other about everything and generate ideas," she said.

The director, who opened a cafe in the building's courtyard so they would have a place to brainstorm, leads by example.

Her film at Venice which has been endorsed by Angelina Jolie chronicles the lives of three Afghan women from various social backgrounds and the tough choices they face.

But many Afghans are still afraid the newfound freedoms people in cities like Kabul often enjoy could be taken away.

Taliban and US negotiators were until recently on the brink of a deal that would have seen the US military cut its troop presence in return for various Taliban commitments.

Despite a breakdown in talks, many Afghans are convinced the Taliban will come roaring back into power.

"They will come but we are not going to give up and we will fight," Karimi said.