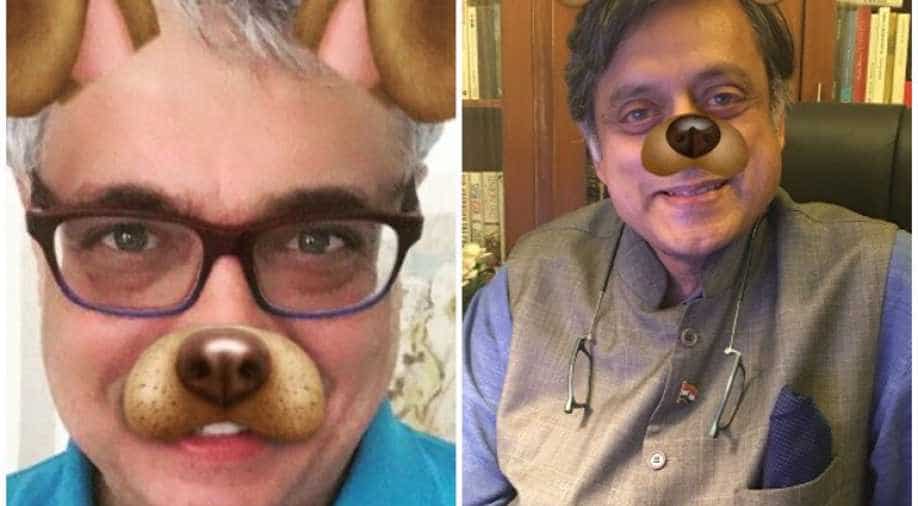 Mumbai Police Cyber Cell on Friday filed an FIR against comedian Tanmay Bhat for 'making fun of' Indian Prime Minister Modi ||Tanmay's tweet had a 'dog-filter'ed photo of the PM with the caption #Wanderlust, adding 'Dog filter is lyf'

Tharoor was apparently prodded by the Twitterati to defend the AIB's freedom of expression, after which the Thiruvananthapuram MP took the controversy to another level.

The Congress leader took to his Twitter to post a picture of his 'dog-filter'ed face with the caption: "Attn all trolls: I took the #DogFilter challenge! @AllIndiaBakchod."

What a good idea . Giving it a thought. Should I ? Should I not ! Hmmm On it

The Mumbai Police Cyber Cell on Friday filed an FIR against Bhat for "making fun of" nation's Prime Minister Modi. Tanmay's tweet had a 'dog-filter'ed photo of the Prime Minister with the caption #Wanderlust, adding "Dog filter is lyf." [sic]

The plethora of fans of the Prime Minister took offence, and in return, the AIB faced their wrath.

One of the Twitterati, Reetesh Maheshwari, tagged the Mumbai Police and said that strict action should be taken against the organisation for such a "disrespectful" joke against the Prime Minister.