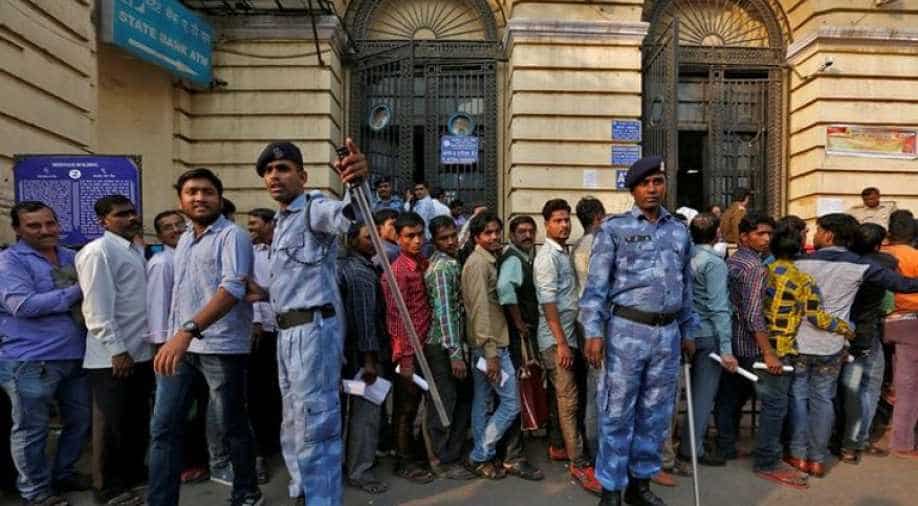 The petitions will finally be heard by the Supreme Court itself or one of the high courts. Photograph:( Reuters )

The Supreme Court said Friday that it would hear on December 2 a batch of petitions challenging the demonetisation of 500-rupee and 1,000-rupee notes.

The court said it will examine both the constitutional validity of the move, and the inconvenience caused to the people.

"We will examine both aspects (inconvenience and constitutional validity) of the matter. Come on Friday at 2 pm," said a bench comprising Chief Justice T S Thakur and Justice D Y Chandrachud.

Prime Minister Narendra Modi had on November 8 announced that 500-rupee and 1,000-rupee notes would cease to be legal tender. He said the move was aimed at doing away with black money -- it was one of his poll promises -- and money used to fund terror. But it also took 86% of the currency in circulation then out of the economy.

As much as 90% of all transactions in India are conducted with cash, and people have been severely inconvenienced by the sudden demonetisation.

A number of petitions have been filed in courts around the country asking that the decision be rolled back, and the government recently moved the Supreme Court asking that all the petitions be transferred either to it or to a high court.

On Friday, the Supreme Court asked attorney general Mukul Rohatgi, appearing for the government, to file additional affidavits, if any, explaining the "schemes and steps" taken by the government to ease the situation that has arisen following the demonetisation of the two notes.

Senior advocate Kapil Sibal, appearing for one of the petitioners, said the court should start hearing the matter from Tuesday itself.

Rohatgi, however, opposed the contention, saying it would be better to let all the petitioners come to the Supreme Court on December 2, when the court can decide whether it or one of the high courts will hear the petitions.