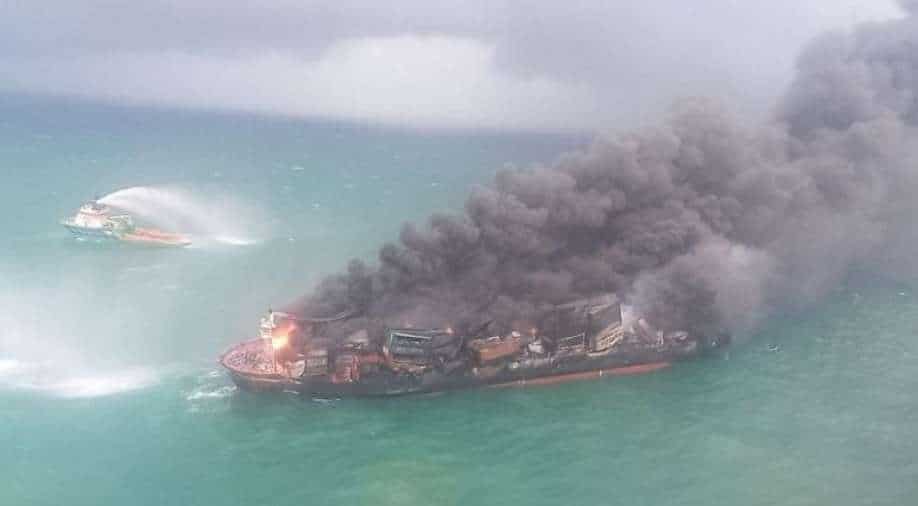 ICGS Samudra Prahari, a specialised Pollution Response (PR) vessel has also been despatched to augment the efforts and respond to a potential oil spill

The Indian Coast Guard on Wednesday said that two of its offshore patrol vessels Vaibhav and Vajra are fighting the intense fire on-board the container ship MV X-Press Pearl which is currently ablaze off the coast of Colombo.

In addition, ICGS Samudra Prahari, a specialised Pollution Response (PR) vessel has also been despatched to augment the efforts and respond to a potential oil spill. Based on the aerial survey by Dornier aircraft on Wednesday, no oil spill has been spotted so far. 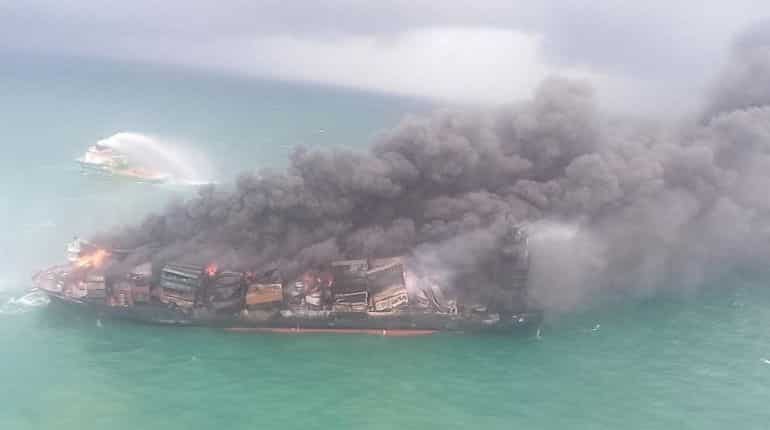 The distressed vessel MV X-Press Pearl was carrying 1,486 containers with nitric acid and other hazardous chemicals that come within the purview of the International Maritime Dangerous Goods Code. The extreme fire, along with the damage caused to containers and prevailing inclement weather has resulted in the vessel tilting to starboard (towards the right side of the vessel), which has led to containers falling overboard. Concerted joint efforts are in progress by two ICG Ships and four tugs of Sri Lankan authorities to douse the fire.

In addition, ICG formations at Kochi, Chennai and Tuticorin are on standby for immediate assistance towards pollution response. Continuous coordination is being maintained between ICG, Sri Lankan Coast Guard and other Sri Lankan authorities for augmenting the overall response operations towards containing the fire onboard MV X-Press Pearl.