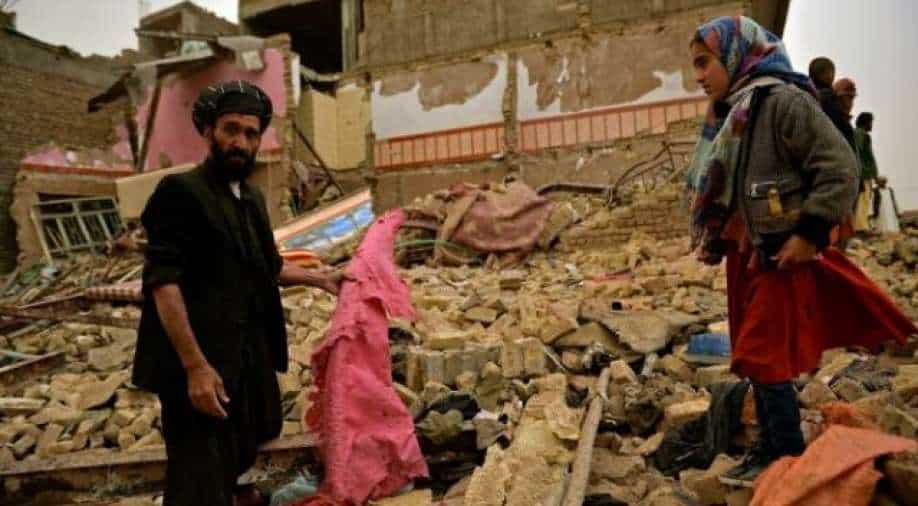 The blast targeted a police headquarters in the city of Herat around 10 pm on Friday, damaging dozens of houses and shops, Jailani Farhad, the spokesman for the Herat provincial governor, told AFP.

A powerful car bomb in western Afghanistan killed at least eight people and wounded dozens more, authorities said Saturday, as the United Nations condemned attacks on civilians in the country.

The blast targeted a police headquarters in the city of Herat around 10 pm on Friday, damaging dozens of houses and shops, Jailani Farhad, the spokesman for the Herat provincial governor, told AFP.

"The death toll from a car bomb in the city of Herat increased to eight, and 47 others are wounded," he said, adding that women, children and security personnel were among the dead.

The interior ministry spokesman, Tariq Arian, confirmed the death toll, adding that 54 had been wounded.

Taliban spokesman Zabihullah Mujahid said the blast in Herat had no links to their group.

However, the group's insurgents are active in the western province and have carried out recent attacks against Afghan government forces.

President Ashraf Ghani blamed the Taliban, adding in a statement the group "continued their illegitimate war and violence against our people" and "showed once again they have no intention for peaceful settlement of the current crises".

Violence has surged in Afghanistan in recent months -- including a wave of assassinations against journalists, activists and civil servants, despite the launch of peace talks between the warring Afghan government and Taliban.

On Friday, the UN Security Council "condemned in the strongest terms the alarming number of attacks deliberately targeting civilians in Afghanistan".

It comes as speculation is rife about the United States' future in Afghanistan after a two-decade military involvement in the country.

US President Joe Biden is wrapping up a review on whether to stick to an agreement with the Taliban negotiated by his predecessor Donald Trump who wanted to pull out the final US troops by May.

The Biden administration has signalled that it wants to take a hard look at Trump's deal and its repercussions for Afghanistan and regional stability.

Washington recently submitted a draft peace agreement to the authorities in Kabul and to the Taliban, including the creation of a "new inclusive government," according to a letter from US Secretary of State Antony Blinken that was revealed by Afghan media.

Russia has backed the initiative, as global powers ramp up efforts to secure a peace deal and end decades of war.