Both SAARC and BIMSTEC important for regional cooperation: Maithripala Sirisena 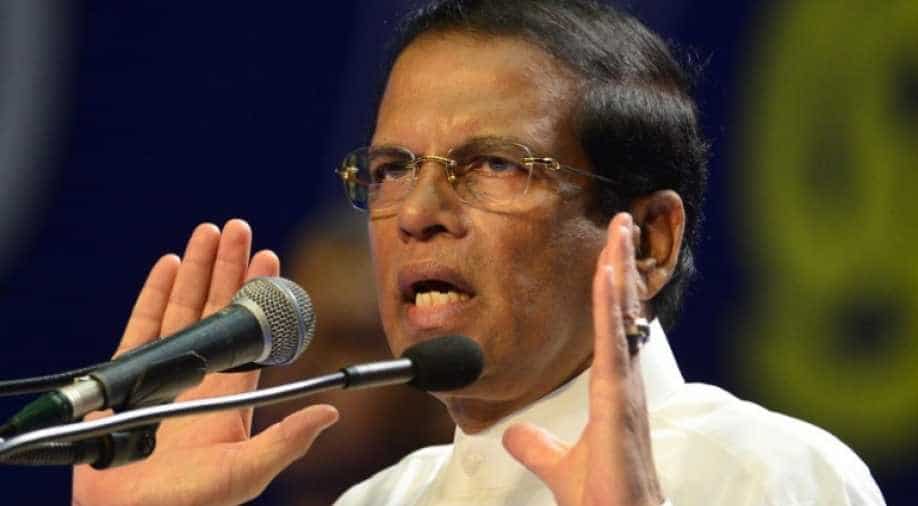 He also said Sri Lanka has a neutral foreign policy and maintains friendly relations with all countries.

He also said Sri Lanka has a neutral foreign policy and maintains friendly relations with all countries.

Sirisena's comments came during a media interaction while replying to a question on whether SAARC (South Asian Association of Regional Cooperation) is losing relevance due to frosty relations between India and Pakistan.

"I believe both SAARC and BIMSTEC are regionally significant organisation. I believe it is very important that countries cooperate among each other," he said.

"Such cooperation leads to better bilateral relations and it strengthens trade and economic relations. Therefore, SAARC and BIMSTEC are both important regional organisations," the Sri Lankan president said.

On whether he will contest the upcoming presidential elections, Sirisena said no political party in Sri Lanka has named their candidates and he was also in no hurry to decide on it.

Asked about Pakistan giving shelter to terror groups, he did not give a direct reply but said Sri Lanka has a neutral foreign policy and that it follows a policy of friendship with all and enmity with none.

Citing continuing support to cross-border terrorism from Pakistan, India has been maintaining that it was difficult to proceed with the (SAARC) initiative under current circumstances.

The last SAARC Summit in 2014 was held in Kathmandu, which was attended by Modi. The 2016 SAARC Summit was to be held in Islamabad.

But after the terrorist attack on an Indian Army camp in Uri in Jammu and Kashmir on September 18 that year, India expressed its inability to participate in the summit.

The summit was called off after Bangladesh, Bhutan and Afghanistan also declined to participate. Maldives and Sri Lanka are the seventh and eighth members of the initiative.

In the past few years, India has been pushing for regional cooperation under the BIMSTEC (Bay of Bengal Initiative for Multi-Sectoral Technical and Economic Cooperation) umbrella.

Founded in 1997, BIMSTEC currently represents over 1.5 billion people and having a combined gross domestic product of USD 3.5 trillion.

In 2014, Modi had invited all SAARC leaders, including the then Pakistan Prime Minister Nawaz Sharif for his swearing-in ceremony, in a major initiative to reach out to the neighbourhood.

However, this time, the BIMSTEC leaders were invited, which was seen as an attempt to avoid inviting Pakistan for the event.