Bhopal encounter case: Report quotes witnesses as saying 8 killed escapees did not have weapons on them 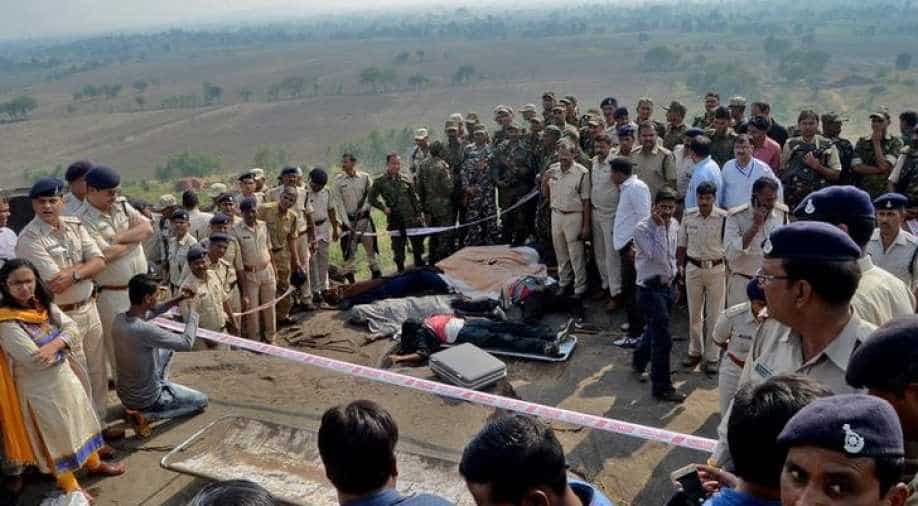 A report in The Hindu newspaper has said that the encounter with police in which eight escapees from India's Bhopal central jail were killed was witnessed by “scores of people from about a dozen villages”, and that the escapees – who are accused, among other things, of being members of the banned Students' Islamic Movement of India or SIMI – did not have weapons on them.

The newspaper report says: “Scores of people from about a dozen villages witnessed the alleged encounter between the police and the (alleged) SIMI undertrials who 'escaped' from Bhopal central jail early on Monday morning, but eyewitnesses The Hindu spoke to did not recall 'seeing' the suspects use firearms against police.”

The report goes on to say that the “eyewitnesses are sure the suspects threw stones at the police and the public, chanted slogans and challenged them to attack. They also do not recollect spotting any pistols next to the bodies of the dead men, although many of them claimed that a knife-kind of object was lying near one of the slain persons.”

The report adds: “The eight SIMI men had no escape route when the police surrounded them.”

The Hindu also quotes Pappu Meena, a farmer the newspaper says lives in a hut close to the 'encounter site'. “... he too neither saw the SIMI suspects open fire nor found any pistols next to their bodies”, the report says.

“I saw some of those men waving their hands while others were pelting stones. After that, the police asked us to keep away citing our safety,” Meena tells The Hindu.

Manoj Meena, who the newspaper says is a resident of Manikhedi Kot, tells the newspaper that as he and the police approached the outcrop of rocks the escapees were stranded on, the escapees attacked them with stones. “Asking us to lie down, police began firing in the air. But there was no gunfire from the other side,” he told The Hindu.

The report adds: “Most of the locals acknowledged that the SIMI suspects had no escape options. The other side of the rocks they were standing on overlooks a 50-feet drop.”

“At least some of them could certainly have been forced to surrender,” Ram Kumar Soni told The Hindu.