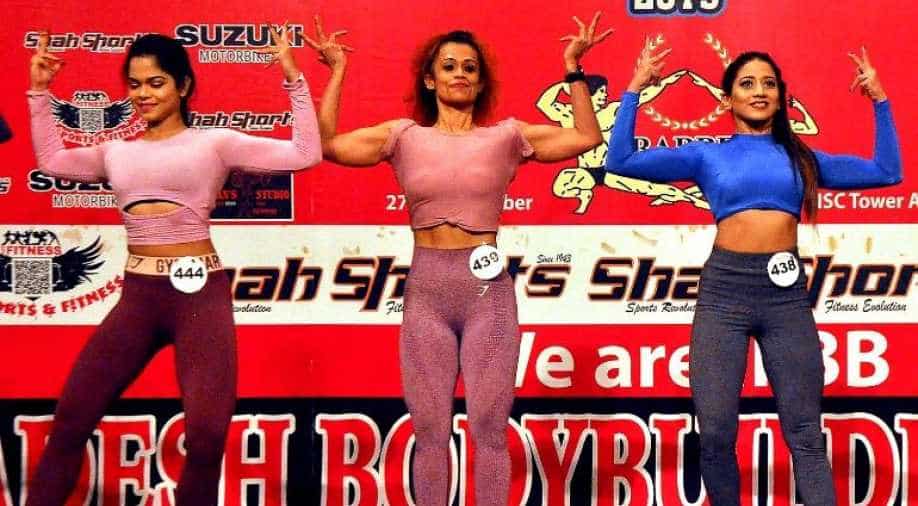 Competitors struck poses on stage wearing tight leggings and body-hugging outfits during the three-day event that finished on Sunday and was held in the capital Dhaka.

Wearing skimpy bikinis to show-off one's muscles in a bodybuilding competition may be the norm worldwide, but not in Bangladesh. The country recently hosted its first ever bodybuilding contest for women which had contestants fully clothed.

The championship was won by a 19-year-old Awhona Rahman, who along with 29 other contestants kept her brawn under wraps in front of the crowd of hundreds.

Instead, Rahman and the other competitors struck poses on stage wearing tight leggings and body-hugging outfits during the three-day event that finished on Sunday and was held in the capital Dhaka.

"I am really happy, I really worked hard for this," Rahman was quoted as saying to news agency AFP.

"It never entered my mind that someone might criticise me for showing my body. My brother, who runs a fitness centre, has always encouraged me," she added.

"We were told there would be proper dress code and the outfit provided was perfect from a Bangladeshi perspective."

Bangladesh Bodybuilding Federation general secretary Nazrul Islam said there had been a huge response to the landmark women's competition which aimed to encourage health and fitness.

"We were very careful about the dress code because of our religious and social culture. We selected long sleeve crop tops and leggings for the girls," he added.

Islam predicted the competition would help create jobs for women in the growing number of gymnasiums in Bangladesh where women now have memberships.

Nearly 90 per cent of Bangladesh’s population is Muslim and women are making a growing impact in sport including cricket, football and archery.