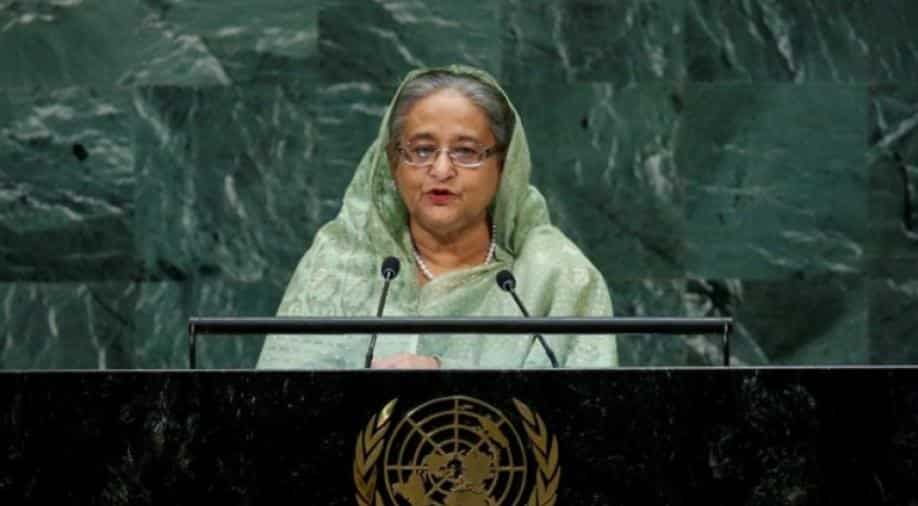 Among those facing charges is Tarique Rahman who is leading the Bangladesh Nationalist Party (BNP) from London while his mother and the former prime minister, Khaleda Zia, is jailed in separate graft cases.

A Bangladesh court will rule on Wednesday in a case in which most of the leaders of the main opposition party are accused of plotting to assassinate Prime Minister Sheikh Hasina at a public rally 14 years ago, when she herself was in opposition.

Among those facing charges is Tarique Rahman who is leading the Bangladesh Nationalist Party (BNP) from London while his mother and the former prime minister, Khaleda Zia, is jailed in separate graft cases.

The court ruling comes just months ahead of a national election in which Hasina will be seeking a third consecutive term in office while the opposition remains in disarray.

The case relates to an attack on a public rally organised by Hasina's Awami League in the capital, Dhaka, in August 2004 while she was in opposition. Minutes into her speech, assailants threw grenades into the rally, killing 24 and wounding more than 500, most of them party workers.

Hasina escaped injuries. Her party blamed the BNP for mounting the attack that occurred while her bitter foe Khaleda was in power.

"The target was Sheikh Hasina and all the leaders of her party," said Motahar Hossain, a deputy attorney general. Hossain, who led the prosecution case, said he would ask for the death penalty if a guilty verdict is handed down.

The case is likely to further deepen the divisions in country's volatile politics. Hasina is already facing criticism of crushing dissent and of putting rivals behind bars to strengthen her re-election bid.

"The government is trying to implicate top leaders of the opposition," said Khandker Mahbub Hossain, a senior leader of the BNP. "This is nothing but political revenge."

Khaleda was jailed in February for five years on corruption charges that she alleged were part of a plot to hamper her political career.

Her son, Tarique Rahman, was also convicted and sentenced to a 10-year prison term, though he now lives in exile in London.

"We will deal with anyone disturbing public disorder with an iron hand."