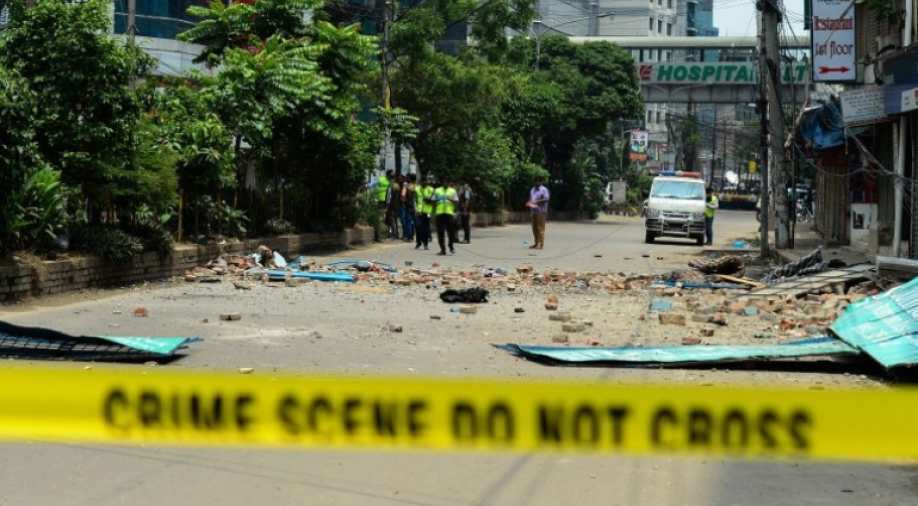 Apart from Jain, nine Italians, seven Japanese, and five Bangladeshis, including two police officers, were also killed while 50 people were injured in the attack.

The trial of eight militants who perpetrated Bangladesh's worst terror attack on a popular cafe here in 2016 that killed 22 people, including a 19-year-old Indian girl, began in a court on Monday.

Indian national Tarishi Jain was among 17 foreigners who were brutally murdered by the militants inside the restaurant in Dhaka's high-security diplomatic zone on the night of July 1, 2016, before commandos launched an assault killing six attackers and capturing one alive.

Apart from Jain, nine Italians, seven Japanese, and five Bangladeshis, including two police officers, were also killed while 50 people were injured in the attack.

Most of the victims were found with their throats slit.

Investigators said a total of 21 militants were involved in planning the assault but 13 of them were killed in subsequent anti-terrorism operations by security forces.

"The judge indicated the suspects to be tried and set December 3 for beginning the arguments," an official of Anti-Terrorism Special Tribunal said.

He said Judge Mujibur Rahman indicted eight accused while police produced six of them in the dock as two others are absconding and would be tried in absentia. He said the six accused pleaded not guilty.

The trial comes four months after police pressed charges over the attack.

Five militants directly carried out the attack at the Holey Artisan Bakery in Dhaka's upscale Gulshan diplomatic enclave. All of them were killed on the morning of July 2 in a military commando raid at the site.

The Neo-Jamaatul Mujahideen Bangladesh (Neo-JMB), said to be linked to the Islamic State (IS) terror group, was blamed for the carnage. The outfit has emerged as the new chapter of the radical Islamist group JMB.

Police counter-terrorism chief Monirul Islam earlier said they gathered 75 pieces of evidence for the trial and mobilised 211 witnesses to the carnage to testify in court.

Police said since late 2015, the Neo-JMB led by Bangladeshi-origin Canadian Tamim Chowdhury, said to be the mastermind of the cafe attack and who was later killed by security forces, had carried out small-scale attacks on foreigners and non-Muslims in the country.