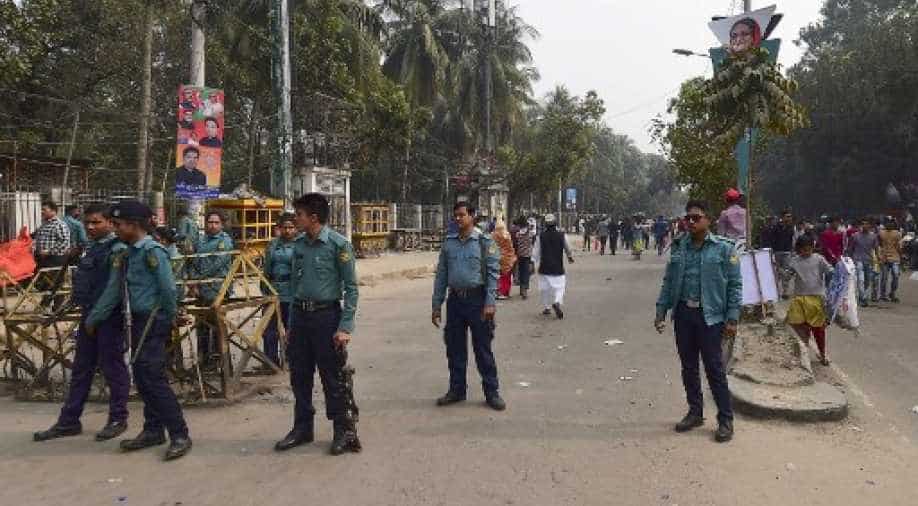 The mother-of-three had accused five men of confining her to a room and sexually assaulting her multiple times between August 29 and August 31 in the northernstric dit of Pabna.

Two Bangladeshi policemen have been dismissed after a rape victim's family said she was forced to marry one of the accused rapists in a police station, officials said Tuesday.

The mother-of-three had accused five men of confining her to a room and sexually assaulting her multiple times between August 29 and August 31 in the northernstric dit of Pabna.

But her brother told the national Daily Star newspaper this week that officers at the police station forced her to sign documents divorcing her husband and marrying the main suspect.

The marriage allegedly took place when she first tried to file the complaint last week.

Police officials on Thursday said the marriage appeared to be part of an effort to prevent the suspects from being prosecuted.

We have suspended sub-inspector Ekramul Haq for helping the marriage between the victim and one of her suspected rapists, who is also the chief accused," deputy police chief of Pabna, Mohammad ibne Mizan, told AFP.

"We have also withdrawn the officer-in-charge of Pabna Sadar police station from his duty after he allowed the marriage to take place in the police station compound."

police did not say how long Haq was suspended for and where the other officer was to be transferred to.

Four people linked to the assault including three of the suspected rapists have been arrested, he added.

One of the accused is a low-level official of the ruling Awami League party, the Daily Star said.